After a year, Vivo is back, this time with another premium flagship smartphone, that is not too heavily reliant on its selfie image (like sibling Oppo) but instead wants to be an all-rounder that gets everything right.

After the launch of the OnePlus 6, it is now Vivo’s turn to show off its flagship offering for the current year. And it is quite “unVivo” of them to launch a flagship this year, after years of being glued to the sub Rs 25,000 smartphone bracket. The Vivo X21 has been launched at Rs 35,990 and will be available for purchase starting 29 May, on Flipkart exclusively. 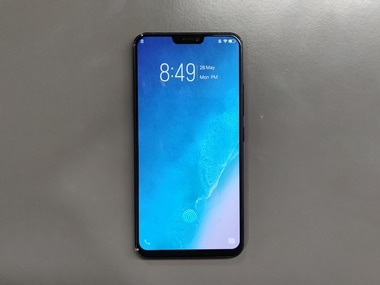 Indeed, the reason for the same is OnePlus. In 2018, OnePlus moved its hero product up from the sub Rs 40,000 segment to the sub Rs 50,000 segment, pitting the top of the line OnePlus 6 model against offerings from Samsung, LG, HTC and more.

So with OnePlus now selling its flagship product between Rs 34,999 all the way up to Rs 44,999, it now makes more space for its siblings to feed over the mid-range that spans from Rs 20,000 till Rs 30,000. And so, we now have flagship smartphones also showing up from brands like Vivo.

The last time Vivo unveiled a flagship smartphone was back in February 2017 with the V5 Plus and earlier this year it had annouced the Vivo V9 which again was a selfie-focussed smartphone. It was well-designed smartphone that was almost an all-rounder of sorts with a dual camera setup on the front that made for some good-looking selfies.

And now, Vivo is back, this time with another premium flagship smartphone, that is not too heavily reliant on its selfie image, but instead wants to be an all-rounder that gets everything right.

If you are trying to convince buyers to fork out mid-range cash for your smartphone, you have no choice but to create a smartphone that looks good and performs even better. 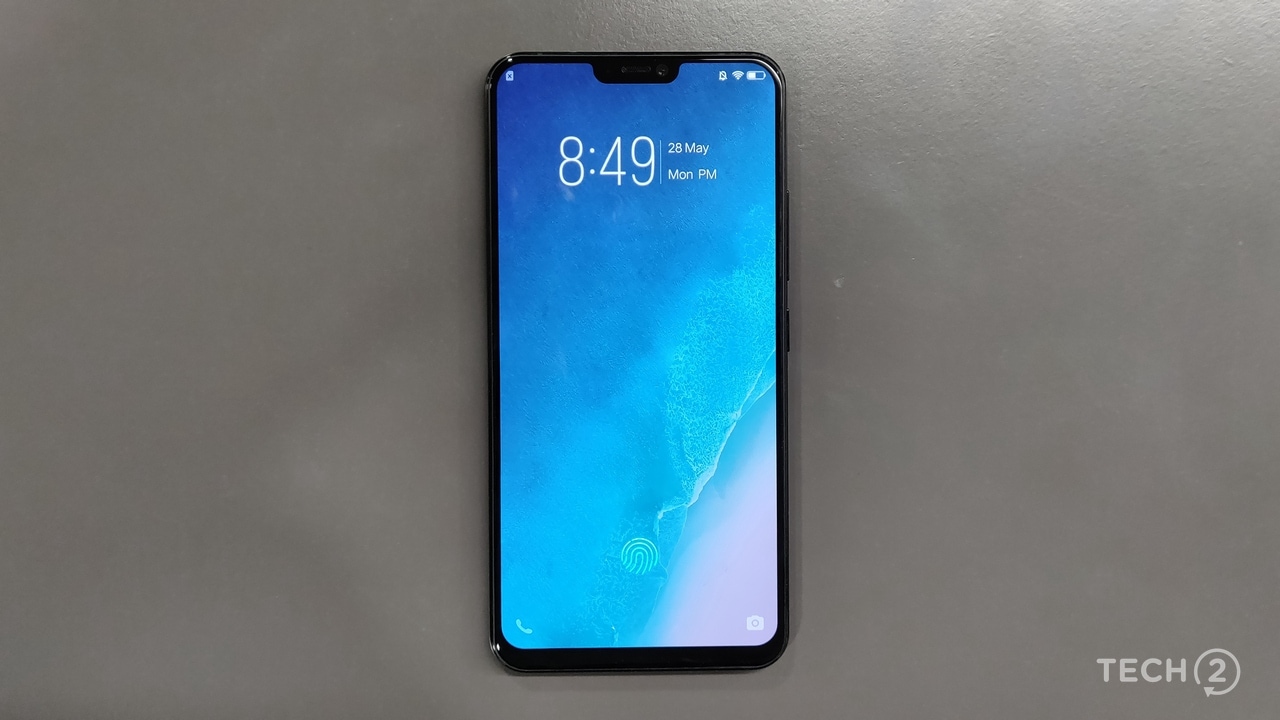 Vivo has gone with the same formula and delivered a smartphone that is lighter than the OnePlus 6 at 156 grams even though both smartphones use the same materials for construction and design.

There is a glass screen on the front, complete with a display notch at the top and some really thin bezels at the top, sides and the bottom (even when you compare it to the more rounded OnePlus 6).

While the design does remind me of the recently launched OnePlus 6, a closer look reveals quite a few differences that lead to believe otherwise. 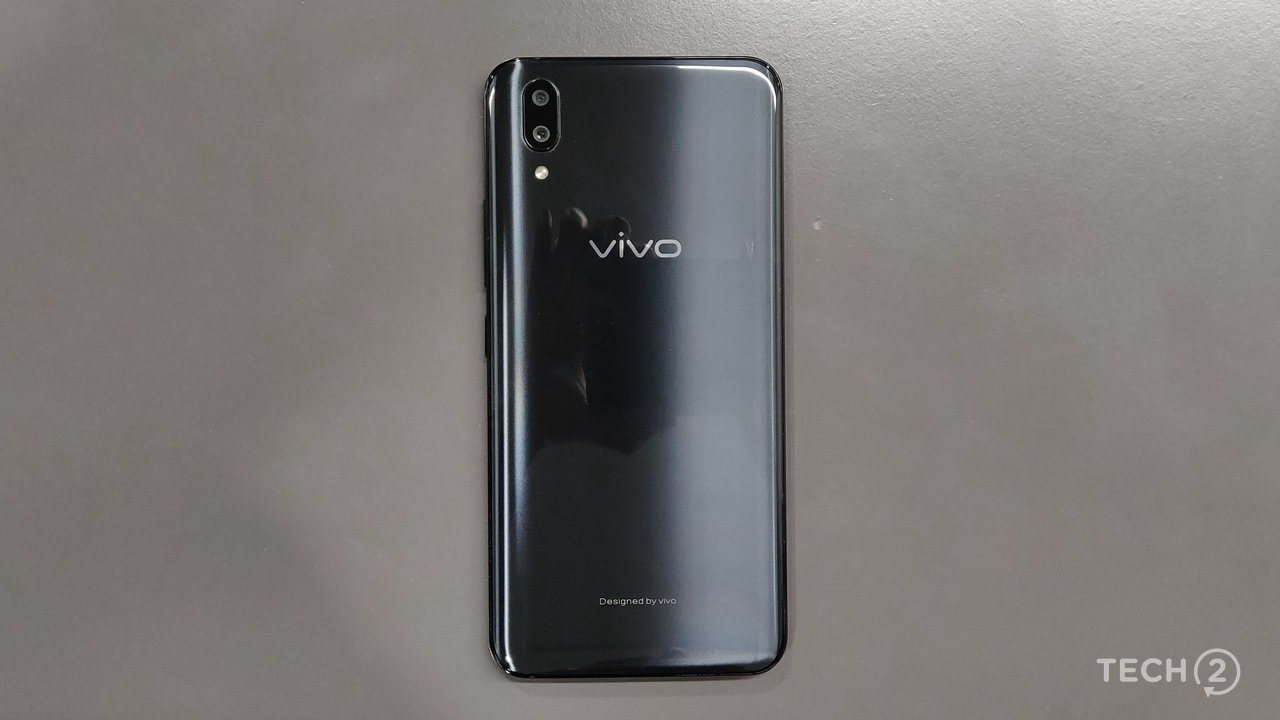 For starters the button layout and the antenna design is different. The Vivo X21 has just two buttons (volume rocker + power/unlock) and they are placed on the right side of the smartphone. The notch appears to be of the same size as the OnePlus 6 but the receiver grille is a bit larger. The overall form factor appears to be made of straight lines as opposed to the more curvy and rounded appearance of the OnePlus 6. 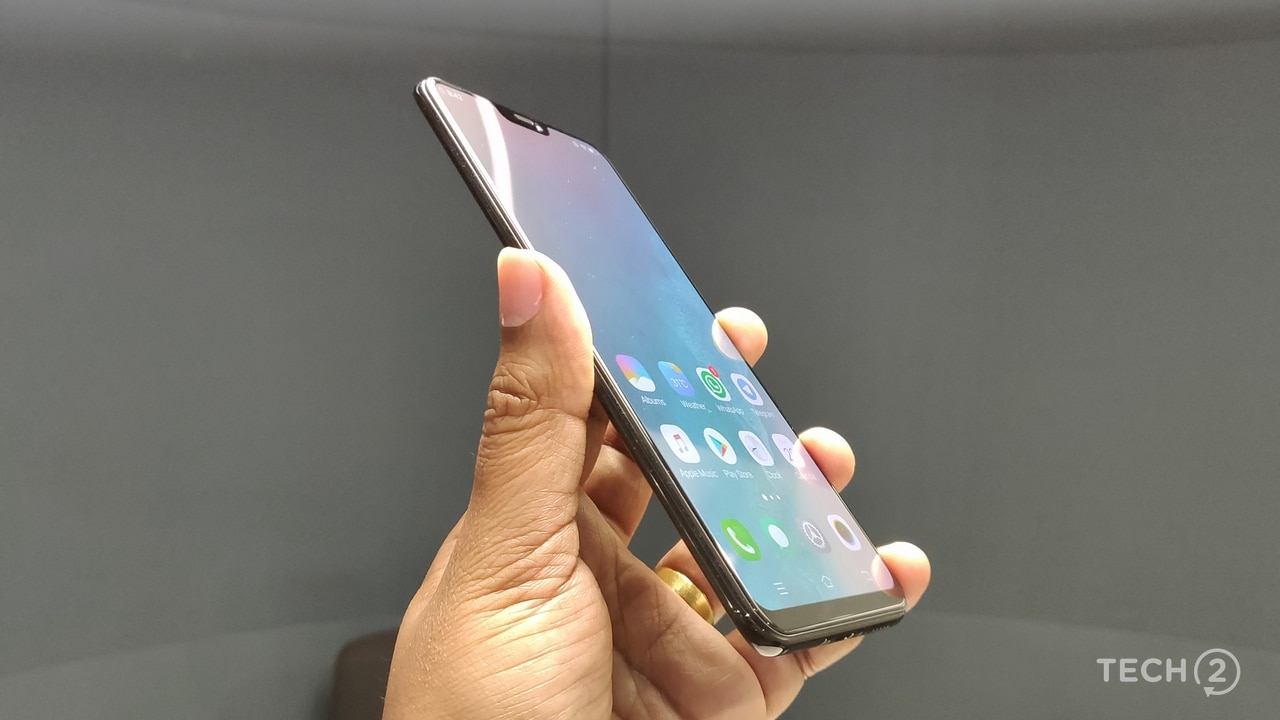 At the bottom end, there is a microUSB port flanked by the SIM card tray on the left, and the speaker on the right. The unusual placement of the SIM card tray at the bottom sure feels weird, but then you have to keep in mind that this is a slim smartphone, and it does pack in a standard headphone jack as well.

Where is it? Well, it sits at the top edge of the device. 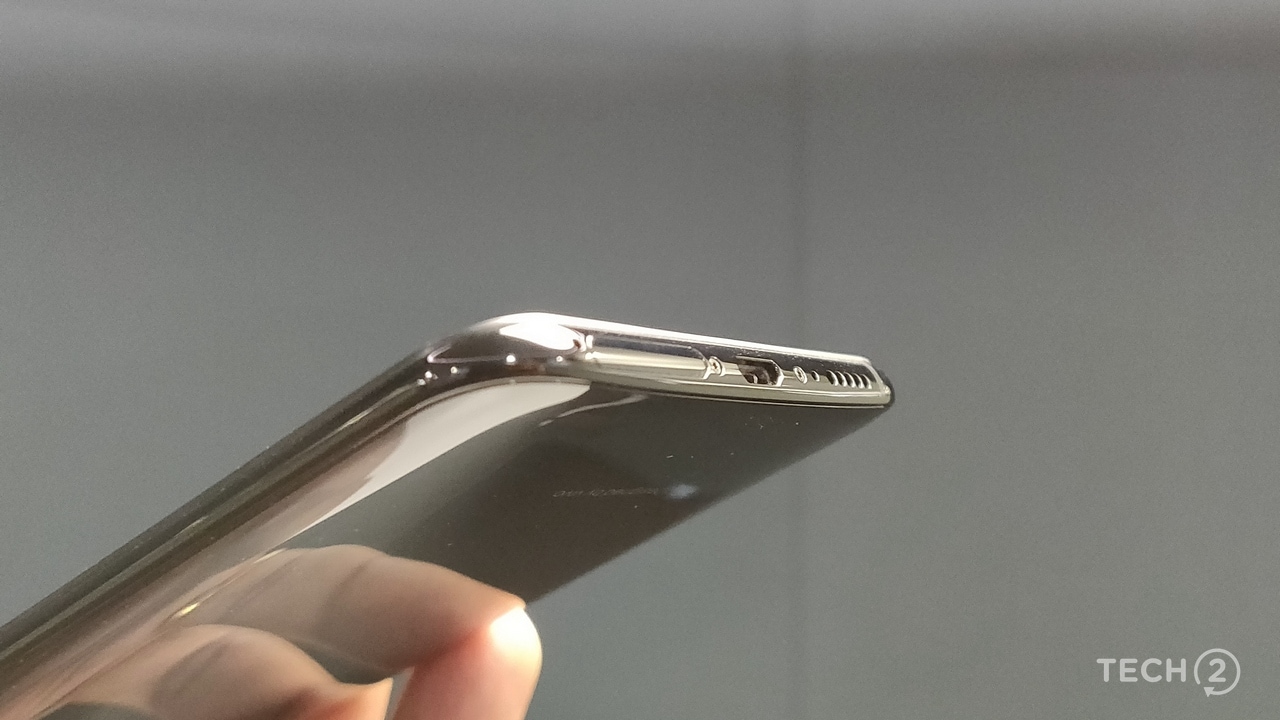 Flip the smartphone over to the back and you will notice a curved back with a dual camera unit at the top left side corner.

Overall, the device feels smaller than the OnePlus 6 and is definitely slimmer than its sibling.

The Vivo X21 boasts of a large 6.28-inch Super AMOLED display sporting a resolution of 1080 x 2280 pixels in a 19:9 aspect ratio. In case you were wondering, it’s placed a little differently as compared to the unit on the OnePlus 6, but more on that in my full review. 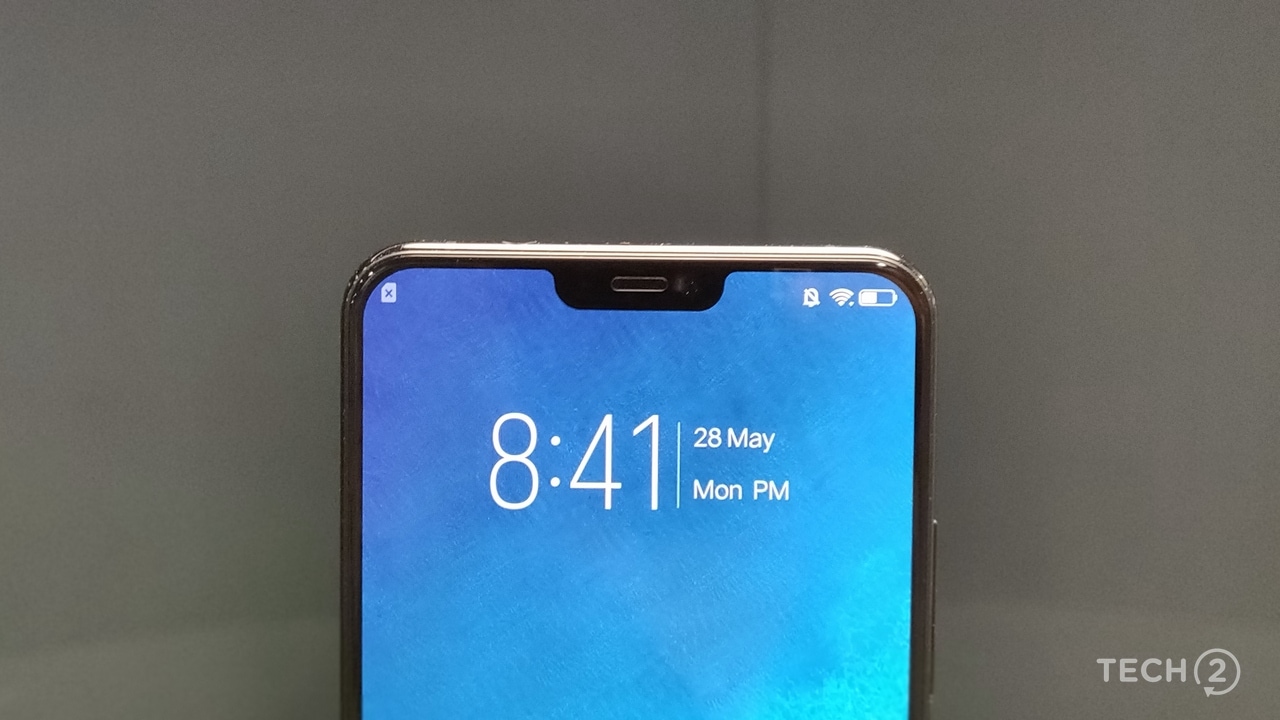 The display features the ever-popular notch at the top which hosts the selfie camera, the sensors and the receiver speaker. And like every other Super AMOLED unit it's tuned to showcase colours that pop. The fingerprint scanner, unlike every other smartphone out there (or in existence), resides inside the display. And a fingerprint-like icon acts as a guide to show you where to place your finger to unlock the device or authenticate an app. It’s a rather well thought of idea, that technically allows Vivo to place a bigger battery at the back. But my initial impressions about the fingerprint reader were not too good, as the smartphone failed to authenticate a couple of times. Let’s just hope that this rate improves until my full review of the device is penned down.

In 2018, we saw a new trend, and this was the use of more powerful SoCs in the new crop of mid-range devices. It makes a lot of sense, since the new range of chipsets from Qualcomm and MediaTek now allow manufacturers to do so, giving buyers more power than what powerful budget handsets like Xiaomi’s Redmi series can offer at the low prices. 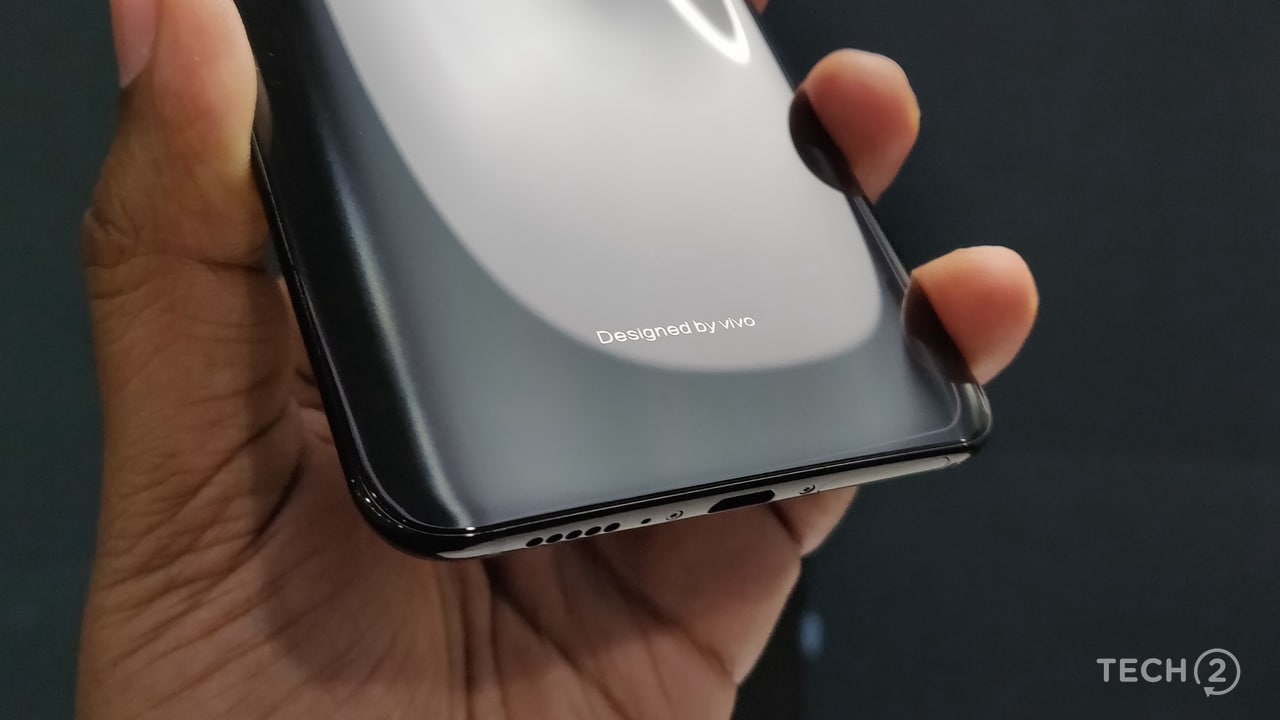 The X21 gets you a Qualcomm Snapdragon 660 SoC that’s built using the 10 nm manufacturing process and is clocked at 2.2 GHz with an octa-core setup of Kryo 260 cores. The graphics are handled by an Adreno 512 GPU and Vivo has been generous by throwing in 6 GB RAM and 128 GB of internal storage, means that this is going to give the Nokia 7 Plus plenty of competition. Vivo also offers microSD card expansion up to 128 GB, but you will have to sacrifice one SIM card slot to take advantage of it.

Vivo offers Android 8.1.0 with its custom Funtouch OS on top. This is a bit surprising coming from a Chinese smartphone maker, but with Nokia setting a great example with its Android One program, it makes plenty of sense for Chinese manufacturers to keep up.

While it comes with the Android 8.1 tag, it’s far from the stock Android experience we have seen on the Nokia 7 Plus and even further from the Google Pixel devices.

There are no notifications dots or previews, and the whole interface is heavily inspired by Apple’s iOS. The full screen gestures are present too, but it’s not exactly a full screen experience as I will explain in the full review. The software however keeps up and does not appear to bog down the powerful hardware. 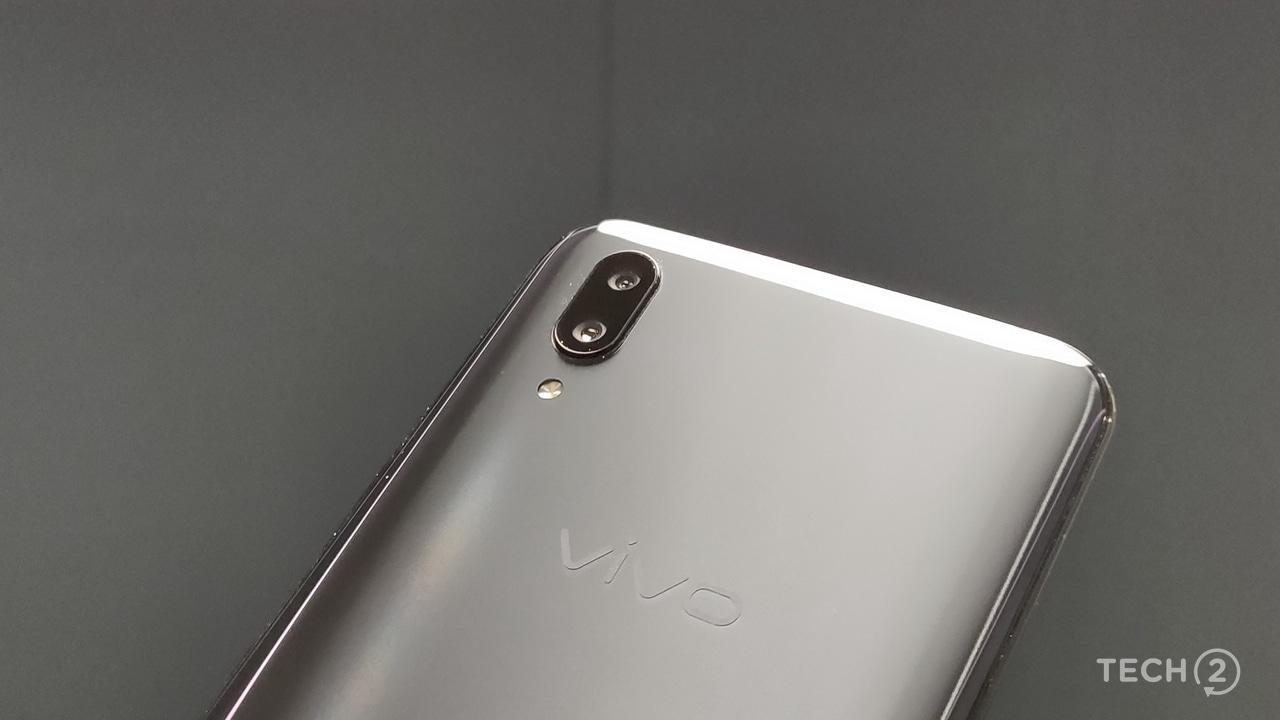 The dual camera is now a standard in the mid-range segment and the Vivo X21 is no exception to the rule. The smartphone offers a 12 MP + 5 MP setup at the back and 12 MP camera at the front.

Yes, there is no massive camera sensor (24 MP) up front like Vivo usually puts them, I believe the thickness and design of the smartphone led to these decisions. But the cameras offer a portrait mode for both the front and rear with the front camera being entirely software driven using one single camera.

There’s 4K recording at 30 fps along with a slow motion recording on the video front as well.

The smartphone offers 3,200 mAh battery and it comes equipped with Vivo’s dual engine charging technology that helps charge the battery faster with a 9V 2A charging adapter in the box.

As for connectivity, the Vivo X21 offers dual band Wi-Fi (2X2MIMO), IEEE 802.11 a/b/g/n/ac, Bluetooth v5.0, GLONASS, GPS, and 4G bands with a nano + nano SIM card setup. There an FM Radio included along with a microUSB port which feels a bit 2017 but has a reason to be there because of the charging technology used.

While the Vivo X21 seems to ape the OnePlus 6 and the Apple iPhone X, it’s anything but that. This is a different smartphone at a different price bracket that definitely offers a lot more hardware while introducing some interesting new features like an under display fingerprint reader to the mix. I would recommend waiting for my detailed review, to help you decide whether it’s better than the stock Android-powered Nokia 7 Plus which is currently the mid-range king.

Vivo X21 review: An innovative smartphone that loses out to the OnePlus 6

Vivo X21 to launch in India today: Here's all we know about the first phone with in-display fingerprint scanner

Vivo X21 smartphone with under-display fingerprint reader to be launched in India by the end of May: Report