While the phone is expected to be unveiled in Thailand on 22 March before it is brought to India, an Indonesian website has already listed the Vivo V9.

The Vivo V9 which is expected to launch in India on 27 March has been spotted in leaks recently. A new report gives us more hands-on images of the phone as well as the retail box it comes in. The new hands-on images shared by a Twitter user reiterates what we've seen in previous leaks of the Vivo V9. The phone bears a FullView display with minimal bezel and sports a notch on the front to accommodate the front-facing camera, the earpiece and other sensors. The front of the phone bears a look which is very similar to the iPhone X and the recently unveiled Asus ZenFone 5. the image of the retail box does not reveal anything new about the phone either.

While the phone is expected to be unveiled in Thailand on 22 March before it is brought to India, an Indonesian e-commerce site has already listed the Vivo V9 on its website, revealing all the key specs of the phone.

The V9 is expected to feature a 6-inch AMOLED display with a resolution of 1080 x 2160 pixels which comes with added Gorilla Glass 5 protection.

Inside, the phone is supposed to pack a Qualcomm Snapdragon 660 chipset coupled with 4 GB of RAM and 64 GB of onboard storage. Powering the phone would be a 3,250 mAh battery unit. 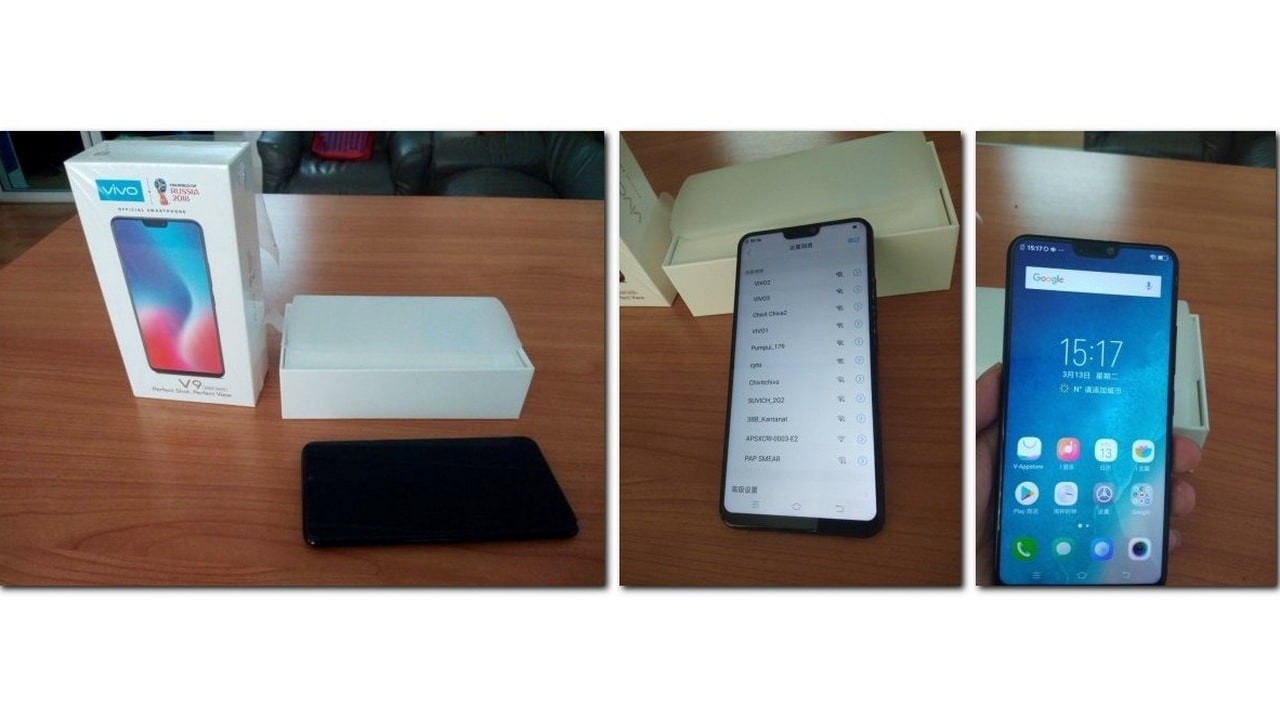 In terms of camera specifications, the Vivo V9 is expected to get a 24 MP front-facing selfie camera along with a 12 MP + 8 MP dual-lens system as the primary camera setup. The Vivo V9 is also expected to come with Android Oreo 8.0 out of the box underneath Vivo's own Funtouch OS 4.0.

The Indian pricing of the phone is not known yet but as per a report by GSMArena, the Vivo V9 is going to retail for 4,999,000 IDR (approximately Rs 23,600) in Indonesia.