Visa partnered with Lotte Card, the financial branch of South Korea's Lotte, to produce and manufacture the prepayment devices.

Technology will be a key factor during the Olympic and Paralympics Winter Games PyeongChang 2018 in South Korea, where thousands of fans and athletes will be able to experience a quicker way of paying for their purchases with wearable payment devices such as payment-enabled gloves, commemorative stickers, Olympic Winter Games pins or a decal on their mobile phones. 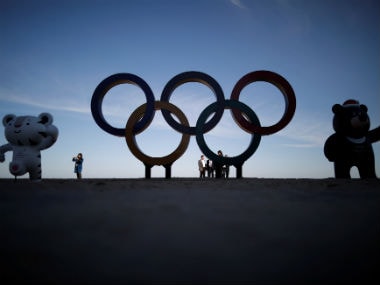 Visa on Thursday in New York presented its new wearable technology for the Olympic and Paralympic Winter Games, to be held in February 2018 in PyeongChang, South Korea, reports Efe.

The gloves, an indispensable accessory with the average winter temperature in PyeongChang at minus 4.8 C (23 F); the decal, very slim and with flexible adhesive, and the traditional commemorative Olympic pin, with eight different designs, are all provided with NFC (near field communication) technology and were the centre of attention at the New York event on Thursday.

Given such frigid temperatures, it will not be necessary for users to take off their gloves to get out their Visa credit cards to make payments, since a double interface chip and a tiny antenna have been placed within the gloves and one only has to tap any contactless-enabled terminal to make one's credit card payment, as the firm demonstrated.

Visa partnered with Lotte Card, the financial branch of South Korea's Lotte, to produce and manufacture the prepayment devices.

Starting on Friday, the decal and the pin may be bought at Lotte Card customer attention centres or on the firm's website, in South Korea as well as during the Games. There has been no announcement yet when the gloves will be available.

Besides the wearables, Visa is providing and managing the entire payment system and Internet infrastructure at all of the Olympic venues.

This network includes more than 1,000 point of sale terminals that will accept contactless payments, whether by mobile devices or wearables.

The New York event featured a number of athletes being sponsored by Visa during the Olympics, including the members of the first African bobsled team to participate in the Games, Nigerians Seun Adigun, Ngozi Onwumera and Akuoma Omeoga, who made history by qualifying for the South Korea athletic competition.

Also attending the event were Hilary Knight, winner of two silver medals as part of the US women's ice hockey team at the 2010 and 2014 Olympics, who said she was looking forward to competing at the 2018 Games in PyeongChang.