For whatever reason, Viewsonic is charging a slight premium for this panel.

With GPU-makers setting their sights on 4K gaming and CPU prices tanking – thanks to a struggling Intel and resurgent AMD – high-refresh rate 1080p gaming isn’t so far out of reach as one might believe.

With 24-inch 144 Hz panels now selling at under 20k, prices of fast monitors have clearly fallen. The ViewSonic’s XG2405 is of this breed, and offers a 1 ms MPRT response time coupled with a 144 Hz refresh rate and AMD FreeSync Premium certification. The resolution is, of course, 1080p, and the monitor can be had for about 19k on e-commerce sites. The XG2405 is a good monitor. It’s built well and has a lot of useful features. The price and contrast ratio are a concern, however. Image: Anirudh Regidi

XG2405’s design is simple, sturdy, and functional. The base is heavy and the single monitor arm is very sturdy. The height-adjustable stand can hit 120 mm and you get -5°/20° of tilt adjustment. The monitor also swivels by 90°, making it very easy to set it up just how you like it. It’s also compatible with 100x100 VESA mounts. 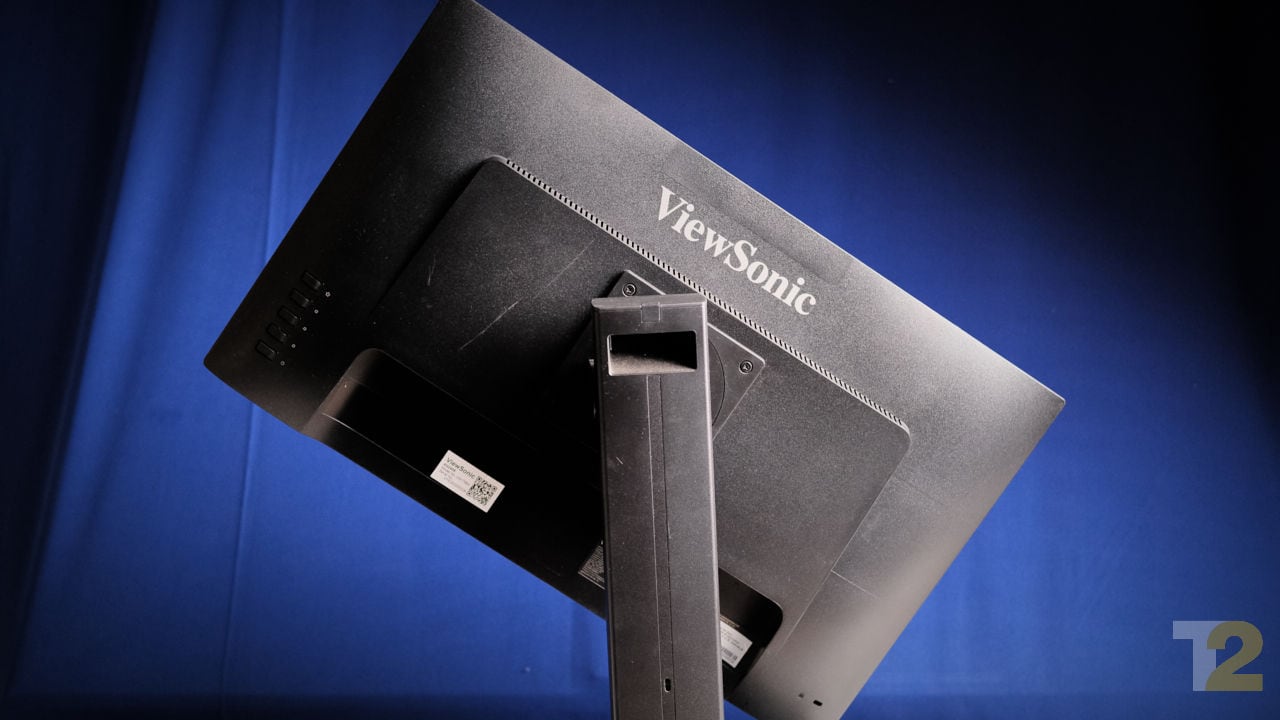 I love the stand on this monitor. Image: Anirudh Regidi

When it comes to design, the only minor complaint I have concerns the OSD buttons (on-screen display). The buttons are mounted behind the monitor and don’t feel very good. Also, newer monitors come with joysticks, which makes the setup feel a bit archaic. Still, the XG2405 is impressively built and I don’t otherwise have any complaints.

If you’re playing fast-paced shooters like Call of Duty or Counter Strike Global Offensive on a decently powerful PC, you’ll notice little to no blur or lag, thanks to that 144 Hz refresh rate.

There are three overdrive options to choose from for improving the response time, but I couldn’t really tell them apart, so just stuck to the fastest option for the heck of it. FreeSync also means that AMD GPUs and newer Nvidia GPUs will dynamically sync their frame-rate with the refresh rate of the display, reducing tearing.

One thing to note here is that while the monitor has a fast response time of 1 ms, this is MPRT (moving picture response time) and not GtG (grey to grey) response time, which is higher (around 4 ms). The 1 ms mode must be enabled separately in settings, and this also appears to disable FreeSync.

The monitor employs backlight strobing to get to that magical 1 ms response time. Motion blur is caused by persistence of vision, when a pixel remains on screen for too long. By flashing (strobing) the backlight once every millisecond, the monitor creates the impression of a 1 ms pixel response time by reducing the duration for which each pixel is visible. The downside to this method is reduced perceived brightness, increased flickering in some scenes, and incompatible FreeSync.

Given that this panel’s maximum brightness is rather low at just under 240 nits, I preferred to leave the 1 ms mode disabled.

Speaking of brightness, the XG2405’s Achilles heel is its poor black level.

The blacks are too bright

Black level, a measure of the brightness of the darkest black a display can render, is critical for good contrast and colour saturation. Sadly, the XG2405’s black level, measured with a Spider 3 colorimeter, came in at an atrocious 0.87 cd/m2. Ideally, I would expect to see something in the order of 0.4 cd/m2 or lower.

The overall brightness and contrast ratio are very bad on the XG2405. This is sad, because colour accuracy is spot on.

The bright blacks and low overall brightness mean that this monitor’s contrast ratio measures just 214:1 instead of the claimed 1000:1. Deep shadow and night scenes have a milky glow to them, which kills immersion in horror games like Resident Evil, and in movies. The poor black levels on contrast are also bad for image and video editing. This is sad, because the monitor’s colour accuracy is fantastic. It covers 100 percent of the sRGB spectrum and average delta E (variation in colour and tone from expected values) came in at a stellar 0.35, which is well below the threshold at which a human eye can register errors.

Verdict: There are better alternatives

For whatever reason, Viewsonic is charging a slight premium for this panel. While it retails at around Rs 19k, competing monitors like the MSI Optic G241 and BenQ Zowie XL2411P retail at under 17k. Both competitors are equally well-built and boast of a similar feature set, and perhaps better contrast.

Even ignoring the premium, the XG2405’s poor black levels are enough of a turn-off that I can’t recommend this monitor.