Verizon resurrects media business as safe haven on the internet

By Sheila Dang New York (Reuters) - Banning pornography from Tumblr was not necessarily meant to define Verizon Media's strategy to turn around a collection of Internet has-beens. But that is how it has played out. 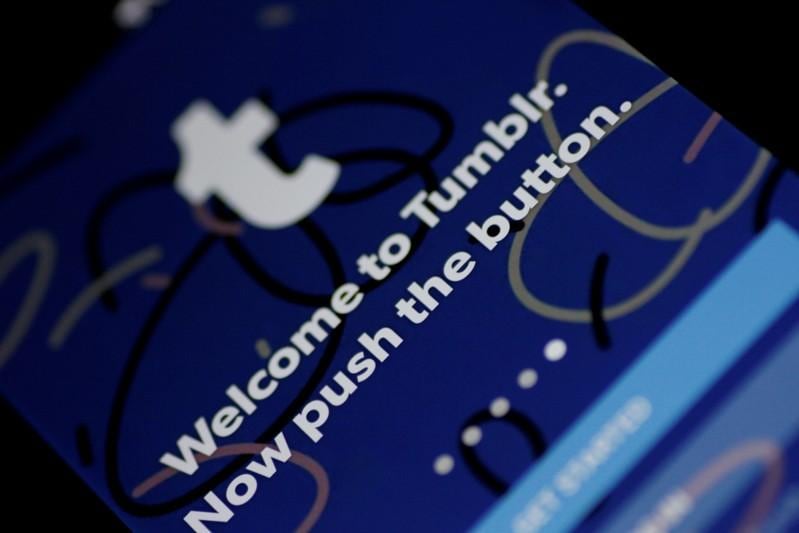 New York (Reuters) - Banning pornography from Tumblr was not necessarily meant to define Verizon Media's strategy to turn around a collection of Internet has-beens. But that is how it has played out.

After Verizon Communications Inc, which owns media brands like Yahoo, AOL and social media site Tumblr, declared its media properties nearly worthless last year with a $4.6 billion write-down, the division of the U.S. telecoms giant is resurrecting the businesses as an antidote to the cesspool of the internet.

"I want to build something that you'll 100% trust," Verizon Media Chief Executive Guru Gowrappan said in an interview last month.

Still, analysts say Verizon Media will be competing with larger rivals who have deeper pockets and have made bigger investments in the areas it is turning its focus to.

The restructuring comes as regulators are gearing up to investigate whether U.S. tech giants like Alphabet Inc's Google and Facebook have too much power, while several Democratic presidential candidates have gone so far as to call for a breakup of big tech.

Verizon Media hopes to avoid the same scrutiny faced by its peers, who struggle to stem fake news and violent videos, by focusing on high quality, professionally produced content and products.

The cornerstone of Gowrappan's plan is to diversify Verizon Media's revenue, which mainly comes from advertising. His goal is for revenue to be split evenly among advertising, subscriptions and e-commerce transactions within five years, but subscriptions may take a little longer than planned.

The relaunch is happening in stages. The company is rolling out one of the largest redesigns of Yahoo Mail to include new features to better organize email and incorporate shopping. Yahoo Mail had 67 million monthly unique users in June, according to media analytics company Comscore.

He explained how users will be able to buy products straight from ads that show up in Yahoo Mail without being redirected to the retailer's website. That concept will be expanded across other Verizon Media sites including the ability to buy products within advertising displays, he said.

To court those advertisers and e-commerce partners, Verizon Media needed to clean up its image and present itself as a safe place on the internet.

Its news website HuffPost scrubbed its archives of blogs promoting anti-vaccine views. Verizon Media purged its websites of clickbait content and made the controversial decision to ban adult content on Tumblr, which had accounted for 30% of the site's traffic, Gowrappan said.

Verizon Media still relies on Tumblr for its younger demographic, an area in which Yahoo and AOL struggle, Gowrappan said. But he remains open to selling it down the line if the cleaned-up version fails to connect with users.

The Wall Street Journal reported in May that Verizon was seeking buyers for Tumblr.

Even as it planned to revitalize its businesses, Verizon tested the market for potential buyers of trophy asset Yahoo Finance, which recently launched a premium subscription service, sources familiar with the matter have told Reuters.

Verizon ended the search for buyers for Yahoo Finance recently, the sources said, and the Yahoo brand is positioned to become a main driver of Verizon Media's growth plans.

Verizon is actively seeking to buy other media properties to bolster its portfolio, one source briefed on the plans said.

Verizon Media, whose collections of assets were worth a half a trillion dollars at its prime, will have a tough time returning to glory.

Take its digital media website AOL, for example, which is "unlikely to gain muster ever again," said Merrill Brown, a media industry veteran and founder of The News Project, a publishing platform aimed at small and mid-sized news organizations. "I can't think of any brand as big as AOL that has come back."

The challenge for Verizon Media is to emerge from the shadow of Google and Facebook's dominance of online advertising and contribute more than a pittance in revenue for Verizon.

Just 18 months ago, Verizon was more eager to devote time to talking about the media division at analyst days, but that has tapered off in recent months, said Jonathan Chaplin, an analyst who covers Verizon at New Street Research.

"It's not on that level in their discussions with investors at all, not even close," he said.

Verizon must commit to buying better-performing media assets if it wants to be successful, but it would risk disappointing investors who prefer it focus on wireless, he added.

Focusing on e-commerce and increasing subscription revenue, while considered a fashionable strategy for media businesses right now, also puts it on a collision course with Amazon.com Inc, Brown said.

Verizon Media's strategy is generating some confidence from advertisers. A source familiar with the business said Verizon Media doubled the number of large multi-quarter deals it signed with advertisers during the upfront sales period this summer compared to a year ago.

Gowrappan said Verizon Media's biggest mistake in the past was operating the individual brands independently, but the brands have since been brought closer together. They now share content across the sites, for example.

"That's been the transition for us," he said. "Everybody is aligned and now we're executing."