Apple has time and again been accused of throttling the performance of older devices whenever a new version of the iOS and a new iPhone is released. Well, Apple is facing such accusations again, with the launch of the new iPhone 14 and iOS 16. 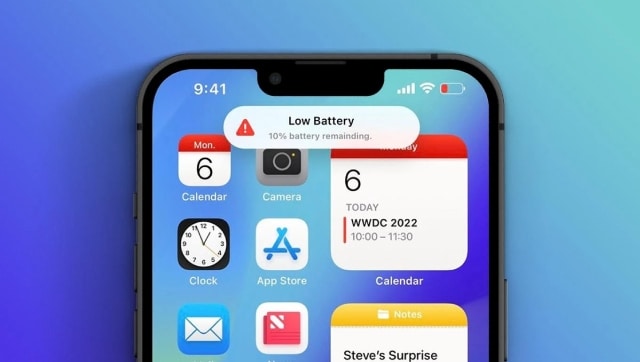 Usually, older devices do take a hit when they get a new operating system. However, things such as battery management and RAM management become normal in a couple of weeks. This is mainly because iOS is performing several tasks in the background. These tasks include reindexing files, photos, apps, app data and more. This type of hit to your iPhone’s battery is especially notable with Apple’s yearly flagship software releases, like iOS 16, because they are such massive updates.

With the new iOS 16, users are complaining that the battery management on their newly updated devices continues to be poor.

A quick search on any social media platform, including Reddit, and Twitter, will unearth thousands of complaints from iPhone users. These users all say that their iPhone battery life has taken a significant hit since installing iOS 16 two weeks ago.

And of course, there are a number of conspiracy theories about Apple purposefully reducing battery life on older iPhones to drive iPhone 14 sales.

In another conspiracy theory that may very well be true, a number of content creators have taken to social media platforms like Instagram and YouTube and shared how their cameras have been acting up, often blowing up the highlights inexplicably.

This has further fuelled conspiracy theorists who say that this is a trick that Apple uses to get people who rely on their devices the most, to upgrade and to upgrade quickly, with each cycle.

Apple hasn’t yet commented on these battery life concerns from iOS 16 users. The company has released iOS 16.0.2 to the public with no mention of battery life improvements. Apple is also currently beta testing iOS 16.1. In a couple of weeks, they should ideally be rolling out an update that takes care of these issues. However, it would behove users to first read the update note thoroughly and only update if it says that the new update improved batter life.