Data leak for 87 million Facebook users by Cambridge Analytica have prompted multiple investigations in the United States and Europe.

The US Justice Department and the FBI are investigating Cambridge Analytica, a now-defunct political data firm embroiled in a scandal over its handling of Facebook Inc user information, the New York Times reported on 15 May. 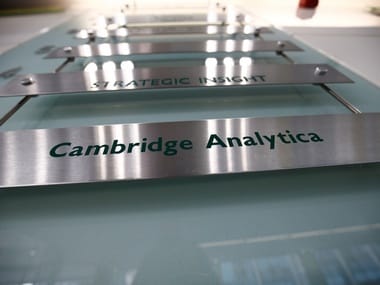 Prosecutors have sought to question former Cambridge Analytica employees and banks that handled its business, the newspaper said, citing an American official and others familiar with the inquiry.

Cambridge Analytica said earlier this month it was shutting down after losing clients and facing mounting legal fees resulting from reports the company harvested personal data about millions of Facebook users beginning in 2014.

Allegations of the improper use of data for 87 million Facebook users by Cambridge Analytica, which was hired by President Donald Trump’s 2016 US election campaign, have prompted multiple investigations in the United States and Europe.

The investigation by the Justice Department and FBI appears to focus on the company’s financial dealings and how it acquired and used personal data pulled from Facebook and other sources, the Times said.

Cambridge Analytica was created around 2013, initially with a focus on U.S. elections, with $15 million in backing from billionaire Republican donor Robert Mercer and a name chosen by future Trump White House adviser Steve Bannon, the New York Times has reported. Bannon left the White House on August 2017.