The order surpasses the order of 100 vehicles from PepsiCo last week to be the biggest one made so far since Tesla Semi's debut on 16 November.

UPS said on Tuesday it has ordered 125 all-electric Tesla Semi trucks, as the shipping giant tries to cut emission and cost. "These groundbreaking electric tractors are poised to usher in a new era in improved safety, reduced environmental impact, and reduced cost of ownership," Xinhua quoted Juan Perez, Chief Information and Engineering Officer with UPS, as saying. 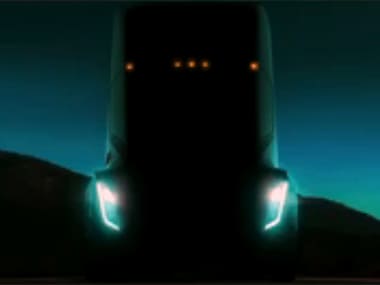 The order surpasses the order of 100 vehicles from PepsiCo last week to be the biggest one made so far since Semi's debut on 16 November. Tesla's Chief Executive Elon Musk promised the battery-powered truck would hit the road in 2019.

The Semi is capable of travelling 500 miles (804 kilometres) on one charge and will cost less than a diesel Semi because of fuel savings and lower maintenance costs, according to Musk.