The disparity in gender at the COP24 was only a marginal improvement from a decade ago.

Yet another UN climate conference came to a close this year, with plans drawn up and decisions made at the COP24 to keep the world from messy, climate-induced doom.

And like the many that came before it, the COP24 too saw woman underrepresented from the global decision-making process, Earther reports. The COP24 saw women make up just 37 percent of the average delegation.

For some perspective, studies have suggested that at least 75 percent of the population affected by natural disasters in recent years are women. With more women providing for families today than ever before, scarcity of basic needs like food, water and land are important concerns for womankind today. Policies made by men that affect women in a disproportionate manner are both unfair and unjust.

The debate doesn't just concern the developing world. Countries like Portugal, Belgium, Spain and Ireland are all guilty of sending delegations with as few as 40 percent women. The COP24 was a sausage fest this year. AP

Negotiating groups at the COP24 led by women this year was 26 percent, a tiny rise from the 15 percent of women-led groups ten long years ago.

The number of women participants at the UN COP has actually gone up ever so slightly over the years. The WEDO research quoted by Earther predicts that at the current crawl towards gender parity, it will be 2040 before we see any real difference.

Even then, equal representation is one thing, and equal participation is another. This is something the UN has acknowledged when it drew up the Gender Action Plan in 2017. The report states among its aims that it plans to “achieve and sustain the full, equal and meaningful participation” of women in UNFCCC’s work. 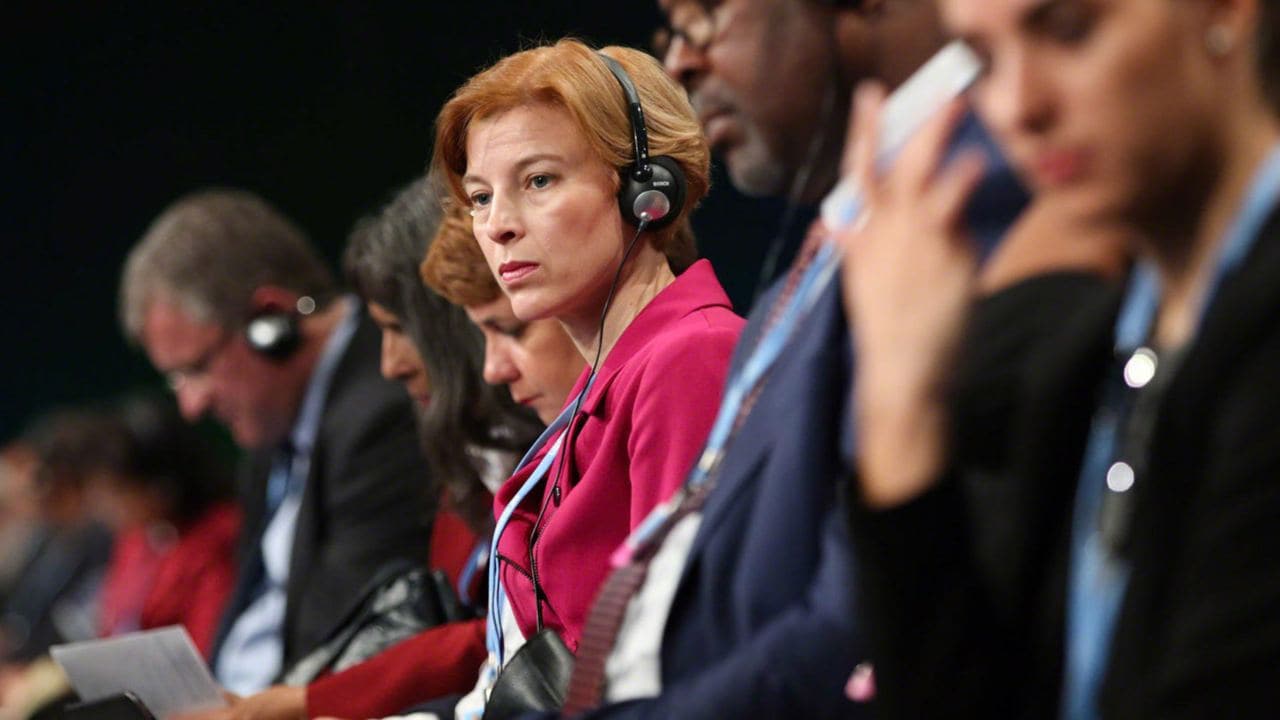 Delegates from a COP24 session in Katowice, Poland on 3 Dec 2018. Image: Flickr

"Women commonly face higher risks and greater burdens from the impacts of climate change in situations of poverty, and the majority of the world’s poor are women. Women’s unequal participation in decision-making processes and labour markets compound inequalities and often prevent women from fully contributing to climate-related planning, policy-making and implementation."

But the problem could be a lot deeper than just statistics and numbers, fears Bridget Burns, Director of WEDO.

“Even when we bring women into positions of power, they end up in discussions that are less powerful,” Burns told Earther.

At the male-dominated COP24, the sheep among wolves was the delegation from Kyrgyzstan, with the only all-women team of negotiators.

“We have landslides and avalanches and floods, and women who are living in their house with a child, they are more affected by these disasters. That’s why it’s important to have women’s voices in the decision-making process,” said Aizada Bareiva, the group’s leading voice. World leaders and delegates at the COP24 this year. Image: Flickr

In a confusing irony, Bereiva also confessed to having a very different notion of equality.

She views women as naturally less-suited to handle positions of authority than men, who, “due to their nature” are better equipped to make decisions about the economy and global politics.

Bringing Burns’ fears to roost, Bereiva added that women could probably take on “softer decisions” — about climate, for instance. “What matters is that real specialists are involved,” she said.

All said and done, if the “specialists” at significant global events like COP24 are largely men, the interests of women could be overlooked merely by design. Where global policy is part of the equation, new policies under today’s circumstances could be ill-suited to nearly half the world’s inhabitants.

Gender disparity at the summit in 2018 was just marginally different from a decade ago.

But that’s no guarantee that their voices at the UN talks next year won’t be just a little bit louder.