Udacity along with its hiring partner Quidich will provide internship and will be mentor graduates.

With increasing innovation in the days to come, it has become necessary to prepare future generations for such jobs. Udacity, a Silicon Valley-based lifelong learning platform has opened applications for The Flying Car Nanodegree Program. The applications are open until 7 February 2018. 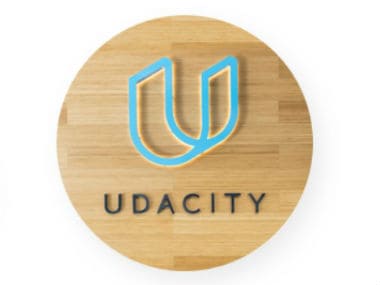 The program aims to move beyond remote-controlled drones to autonomous or self-flying ones.

The course will include two modules; first is on Aerial robotics and second is on Intelligent Air Systems.

Prospective candidates who have been students of Self-Driving Car Engineer, Robotics Software Engineer Nanodegree Programs, and Intro to Self-Driving Cars, would be guaranteed admission.

Udacity along with its hiring partner Quidich will provide internship and mentor graduates. Ten students would be sponsored for the program by Quidich.

Ishan Gupta, managing director (India), Udacity says, “Udacity’s endeavour to prepare India’s workforce for the jobs of tomorrow requires us to evolve and help create a larger pool of developers who can contribute to emerging technologies. The Flying Car Nanodegree Program will empower students to translate concepts of drone technology from the classroom to simulation and ultimately build their own self-flying drones. Flying Cars will find application in the aerospace, transportation, technology, and defense industries, and this course will help create the aerial roboticists and autonomous systems engineers that will shape this technology and how people travel in the future.”

According to Udacity, smart transportation is the future which could open many avenues. In fact, BI Intelligence predicts that drone sales will cross $12 billion by 2021.

Rahat Kulshreshta, founder and CEO, Quidich says, "The drone industry has increasingly proved that today's science fiction is tomorrow's reality. We believe that this course will fuel the imagination of entrepreneurs and technology enthusiasts; while creating a platform to propel aerial technology to new heights.”

Chinese made Ehang-184, the world's first autonomous taxi drone cleared for testing in Nevada, US

No more easy funding, startups in Silicon Valley careful not to overspend: Report