The revelation made by Uber in a post prompted governments in countries including Britain, the US, Mexico, Australia and the Philippines to launch probes.

Uber executives are traveling the globe to reassure regulators that the company is changing the way it does business, after a massive data breach became the latest controversy to hurt the ride-service firm’s reputation. 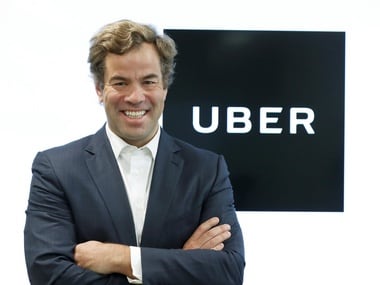 Uber disclosed last week that it covered up an October 2016 data breach involving 57 million customers and about 600,000 drivers. The company said it paid two hackers $100,000 to destroy the stolen data and keep the matter a secret.

The revelation, made by Uber’s new Chief Executive Officer Dara Khosrowshahi in a blog post, prompted governments in countries including Britain, the United States, Mexico, Australia and the Philippines to launch probes into the breach and Uber’s handling of the matter.

“We have changed tacks in so many ways in dealing with regulators, dealing with governments,” Entwistle said in an interview in Tokyo, where he is meeting Japanese officials and potential business partners.

Nevertheless, Chicago Mayor Rahm Emanuel and Kimberly Foxx, the public prosecutor for Cook County, Illinois, said on Monday they filed a consumer fraud lawsuit against Uber for its failure to protect the data of its customers and drivers, accusing the company of violating local laws by failing to promptly disclose the breach.

“We are committed to changing the way we do business, putting integrity at the core of every decision we make, and working hard to regain the trust of consumers,” Uber said in a statement.

Also on Monday, fresh questions came from US lawmakers demanding an explanation for the company’s handling of the breach. Republican senators John Thune, Orrin Hatch, Jerry Moran and Bill Cassidy sent a letter to Khosrowshahi seeking answers about the data theft and cover-up, which they called “a serious incident that merits further scrutiny.” The senators requested a response from Uber by 11 December.

Hatch chairs the Senate Committee on Finance and Thune chairs the Commerce Science and Transportation Committee.

In a separate letter sent Monday, Senator Mark Warner, a Democrat and advocate of the technology industry including the on-demand sector that includes Uber, sent a letter to Khosrowshahi with detailed questions about Uber’s security systems and rationale for covering up the breach.

The disclosure of the 2016 data breach at a time when Uber is trying to bring in SoftBank as an investor has spurred speculation about the price of the deal.

SoftBank and Dragoneer Investment Group agreed on 12 November to lead a group that would invest as much as $10 billion in Uber, people familiar with the deal previously told Reuters. The group plans to directly invest $1 billion to $1.25 billion at Uber’s current $69 billion valuation and also buy at a lower valuation shares held by existing investors and employees. The goal is to take a 14 percent to 17 percent stake.

Uber has plans to disclose the pricing of the SoftBank deal in formal tender offers to existing investors early this week, sources told Reuters. It will likely take a few weeks for investors to decide whether to take the offer. “The transaction is still underway and it’s an extraordinary validation that an investor like SoftBank would look at Uber,” Entwistle said.

Uber said on Friday it had informed SoftBank about the data breach prior to informing the public. However, “our information at the time was preliminary and incomplete,” a spokesman said. “We also made clear that our forensic investigation was ongoing.”

A person familiar with the matter said SoftBank had already factored any negative impact from the breach into its negotiations with Uber and did not expect the hack to have a significant impact on price.

However, a separate source familiar with the matter said SoftBank could still use Uber’s situation as leverage to secure better terms for the investment. The person said SoftBank has not yet made a final decision on whether to renegotiate.

SoftBank has become a prolific investor in ride-hailing firms across Asia, including Southeast Asia’s Grab, China’s DiDi Chuxing and India’s Ola, leading to expectations it could drive consolidation in the region.

While Uber sold its business in China to DiDi last year, it remains committed to operating in the broader region for years to come, said Entwistle, who joined the company in August.

The firm has not given up on the Japanese market, which has barred non-professional drivers from offering taxi services, and is working on partnering with traditional taxi firms, he said.

Uber hopes the 2020 Tokyo Olympics could provide a venue to demonstrate the value of ride-sharing firms in a potentially lucrative market, he said.

“We are innovating and in some markets that will take longer and we realize that,” Entwistle said.