"Uber has been operating in India for a while now and we understand the infrastructural challenges posed by a market such as India." Bhavik Rathod, India head, Uber Eats

Uber Eats, a food-delivery app from the ride-hailing app company Uber Inc, is celebrating its second anniversary. As part of the celebrations, the app is undergoing a complete design revamp.

In India though, it has only been seven months since the service launched in May 2017, so those who have the fork pattern design need to get used to the new minimal app icon. 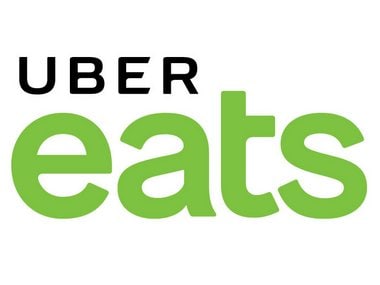 The new Uber Eats is a departure from the original app. It does away with the fork logo and in its place uses a flat green rounded square with Uber Eats written on it. The focus has been to use more graphical images.

Explaining the design philosophy, Chris Brown, Uber Eats global creative director said that the idea was to go with identifiable geometrical shapes which ease in telling the story that the app represents many different types of foods and restaurants. “Also instead of using just the green palette, Uber Eats will use multiple colours which will help it customise the branding depending on the city it is operating in,” said Brown.

Uber Eats is currently operating in 200 cities in around 30 countries across the world. Around 80,000 restaurants are on board with Eats. In India, Uber Eats has been launched in seven cities in the last seven months with around 5000 restaurant partners, and while Uber Eats India head Bhavik Rathod did not give the exact number of cities which will see the service in the next year, he did mention Kolkata and Pune as the obvious next choices.

“Our goal is to go deeper and wider. We want to expand into many parts of the cities we are currently operating in. We generally launch with a small geographical area and gradually expand to cover a wider footprint,” said Rathod.

India already has a lot of food delivery apps such as Zomato, Swiggy, FoodPanda, among others. Uber Eats in comparison is a relatively new player in this space. But that doesn’t seem to bother the Uber Eats team.

“Uber has been operating in India for a while now and we understand the infrastructural challenges posed by a market such as India. We understand how road situations may change drastically thereby affecting food delivery times,” said Rathod telling us how the Uber Eats app does leverage a lot of the learnings from the parent Uber app. The data at their disposal helps Uber Eats be smart about how its despatch services work and how delivery can be made effortless. Things such as tracking the rider once he or she has left the restaurant from where you ordered is just one such feature.

Considering it has just been seven months since the India launch, wouldn't a design refresh alienate some users? Rathod told us that the brand refresh celebrates two years of Uber Eats. "In India, we've had a great start and a lot of it can be attributed to the global brand that Uber Eats is. Moreover, as consumers move around the world, we want to ensure that they get a seamless Uber Eats experience wherever they chose to opt for our service," Rathod further clarified.

While Uber Eats team did not have anything to share with respect to their plans for 2018, we were told that the focus will be on more personalisation within the app and also improve their machine learning models.

Happy birthday to the fastest growing 2 year old I've ever seen. I'm a little worried about your 3rd birthday - gonna have to get a bigger bouncy house for the party - #UberEats
https://t.co/sbrKGOTSPm via @YouTube

"At Uber Eats our aim is to lead ‘the future of food’ in India by breaking the stereotype of food delivery and helping restaurants grow their business with delivery, as well as actionable data and insights. We hope our consumers in India love the new Uber Eats,” said Rathod.

Swiggy could acquire Uber Eats in a share swap by next month end, says report

UberEats launched in Mumbai, here is how to get started