Uber apologises for 'misunderstanding' in Philippines; regulator stands by suspension

Philippine transport regulator stood by its one-month suspension of Uber, despite its apology for a "misunderstanding" in failing to heed a directive.

The Philippine transport regulator stood by its one-month suspension of Uber Technologies Inc on Wednesday, despite its apology for a "misunderstanding" in failing to heed a directive to stop accepting new driver applications.

Members of the Land Transportation Franchising and Regulatory Board (LTFRB) met an Uber executive and senators to discuss a suspension, announced on Monday, that critics say punishes Philippine consumers and drivers who depend on the service.

Uber appealed against the order on Tuesday, and restarted its operations after briefly suspending them. But the company said it would comply with the order after its appeal was denied.

The run-in with the Philippine regulator is the latest setback this year to Uber, a hugely successful startup with a valuation upwards of $60 billion.

The LTFRB's freeze has not been a popular decision among Filipino commuters, many of whom regard Uber as more reliable and competitive than outdated public transport services. Uber recently said it has nearly 67,000 Philippine drivers on its books.

"If there was a misunderstanding on our part relative to the LTFRB's intention with their prior order, then that was our mistake," Uber regional executive Michael Brown told reporters.

"We're here to respect the regulator and in this case, if there was a misunderstanding, then I apologize."

The Philippines was the first Southeast Asian nation to regulate app-based car-hailing operations after it drew up rules in 2015.

The LTFRB last year suspended acceptance and processing of applications for all ride-sharing services, including Uber, to study further how to regulate the industry.

Uber has said that it did accept new applications for drivers amid strong demand, but did not process them.

Monday's suspension order described that as "irresponsible" behavior in "unduly challenging the limit of fair regulation".

LTFRB Chairman Martin Delgra told Brown his organization was not picking a fight with Uber and hoped the problem could be resolved at a meeting set for August 23.

"This is not a fight. We're trying to work together here to address public transport issues," he said.

Grace Poe, a senator and prominent advocate for better transport services, spent four hours in the meeting and suggested the suspension be lifted or shortened. She said Uber has pledged to compensate its drivers and pay a fine. 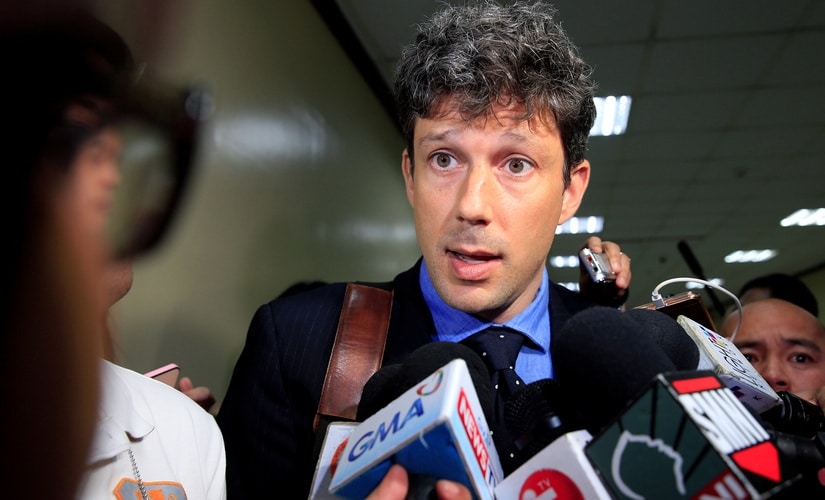 "With the welfare of our drivers and riders in mind, Uber's offer is very generous. Why? Because they are owning up to their mistake," she said.

The suspension had led to a surge in demand for rival Grab, which issued a statement on Tuesday calling it a "unique situation" and asking users to "bear with us".

On Wednesday it said its operations continued to run, because it had complied with the LTFRB's order to halt new applications.

Dane Anderson, a vice president at technology research and advisory firm Forrester, said the sidelining of Uber had gifted Grab an opportunity it should seize. "If I were working there, I would launch a campaign trying to grab as much (market share) as I could as quickly as possible," he said. "They have money to put in."