The board is considering measures that would cut Kalanick’s voting power, and directors are divided over whether Kalanick has the right to name board members.

Uber Technologies Inc’s board added two new directors nominated by co-founder Travis Kalanick, two sources familiar with the matter said on Monday, giving the former chief executive new allies as the board considers measures that would decrease his influence. 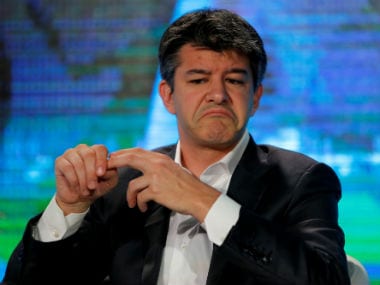 The board is considering measures that would cut Kalanick’s voting power, and directors are divided over whether Kalanick has the right to name board members. The move could still be subject to legal challenge, but the confirmation allows the two new directors to vote at a board meeting scheduled for Tuesday, the people said.

The company’s board is due to meet on Tuesday, and the new directors will be in place for that session.

On the agenda are proposals by new Chief Executive Officer Dara Khosrowshahi to change requirements for board seats and to overhaul the shareholder voting structure. The group also is expected to discuss a potential investment from SoftBank Group Corp, one of the people said.

Khosrowshahi’s plan, which included input from investment bank and Uber investor Goldman Sachs, would shift control of one of the two board seats just filled by Kalanick to the new CEO.