U.S. securities chief 'not prepared' to say if Facebook's Libra a security

By Katanga Johnson WASHINGTON (Reuters) - The head of the U.S. Securities and Exchange Commission repeatedly refused to tell a congressional panel on Tuesday whether or not Facebook's Libra would be regulated as a security under his watch. 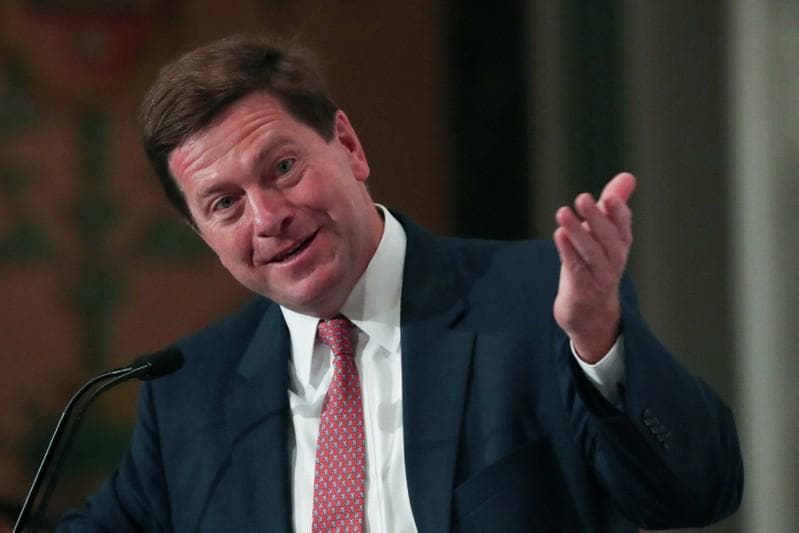 WASHINGTON (Reuters) - The head of the U.S. Securities and Exchange Commission repeatedly refused to tell a congressional panel on Tuesday whether or not Facebook's Libra would be regulated as a security under his watch.

Appearing alongside other SEC commissioners before the House Financial Services Committee, Chairman Jay Clayton said that while he had not yet discussed Facebook's

Asked directly if he believed Libra would be a security, he said, "I'm not prepared to make a decision like that here."

The Swiss-based Libra Association, a non-profit organization comprising Facebook and 27 other members, announced in June that it plans to launch and oversee Libra, a digital currency backed by a reserve of currencies, in 2020.

France and Germany have pledged to block Libra from operating in Europe and back developing a public cryptocurrency instead.

The SEC's Clayton could play a key role in potentially regulating Libra, and has previously warned that issuing similar currencies have amounted to securities offerings that must be regulated.

Facebook says the product aims to make online payments - especially across geographical borders - cheaper and easier. Libra executives have said they are committed to addressing all regulatory concerns before launch.

On Tuesday, Clayton underscored that the use of such currencies must comply with existing regulations, adding that he has a problem with potential digital assets that could evade those rules.

"Cryptoassets, while they have benefits...can present a great deal of risk, particularly in cases where, in form, they are the same as securities or the same as currencies, or the same as payment systems, but they're not regulated in the same way," he said.

Commissioner Hester Peirce, a Republican who has spoken more favourably of cryptocurrencies, said "I would like to see us be a little more forward thinking" on the use of utility tokens, which are services or units of services which can be digitally bought.

"I am hoping we can work to create some sort of safe harbour," Peirce added.

Tuesday's hearing is the first time since 2007 that a congressional panel has heard testimony from the full complement of SEC commissioners and its chairman on the agency's oversight.