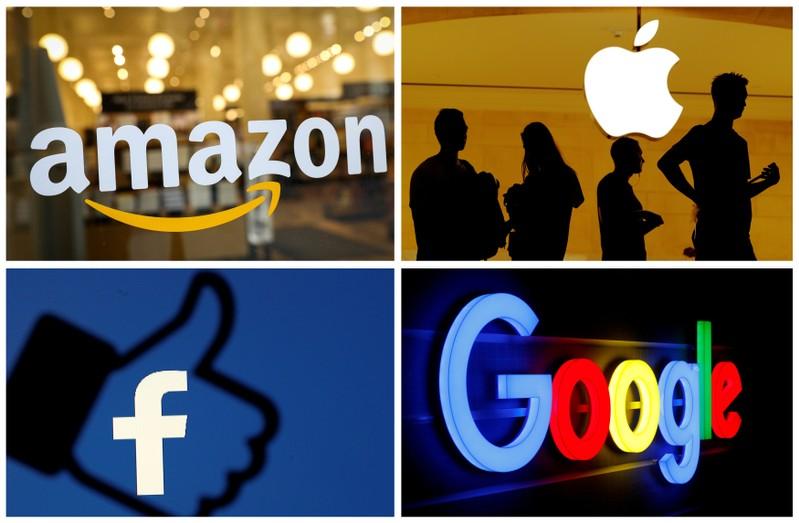 The bipartisan group held discussions centred on "big tech companies stifling competition on the internet," the statement said. The other participants were not named, although four other states have been identified as having attended.

"It was a productive meeting and we’re considering a range of possible antitrust actions against such companies," the statement said.

The U.S. Justice Department said on Tuesday it was opening a broad investigation of major digital technology firms. While it did not identify them the agency appeared to reference Alphabet Inc

New York's attorney general, Letitia James, sent a representative to the Thursday meeting, and Florida was also present, according to a spokeswoman. Mississippi was at the meeting, a source said privately, and Politico reported that an official from Louisiana was there.

In June, Reuters reported the Trump administration was gearing up to investigate whether Amazon, Apple, Facebook and Alphabet's Google misuse their massive market power, setting up what could be an unprecedented, wide-ranging probe of some of the world’s largest companies.

The big tech firms have gone from being the darlings of Washington to having few friends.

In addition to pressure from Republicans in the Trump administration, Senator Elizabeth Warren, a Democratic presidential candidate, has said that Amazon, Facebook and Google should be forced to divest companies they have purchased. Other progressives agree with her.

In a recent congressional hearing, an Amazon executive was asked about allegations that the world's largest online retailer competed against its own sellers; Apple was asked about its clout in the market for apps and in-app purchases; Facebook was asked about a rapidly changing privacy policy; and Google over whether its rivals are demoted in search results.