Two-thirds of Americans are wary of self-driving cars: Report

Automotive and technology industry executives are pushing the US to pass legislation that would loosen restrictions on testing and deploy self-driving cars.

Two-thirds of Americans are uncomfortable about the idea of riding in self-driving cars, according to a Reuters/Ipsos opinion poll, underscoring one of many challenges for companies spending billions of dollars on the development of autonomous vehicles. 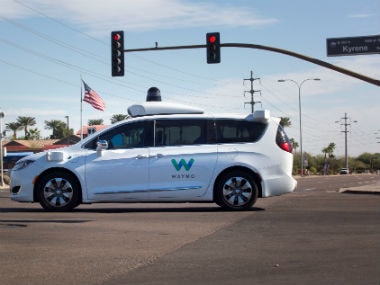 While 27 percent of respondents said they would feel comfortable riding in a self-driving car, poll data indicated that most people were far more trusting of humans than robots and artificial intelligence under a variety of scenarios.

Among those skeptical of driverless cars was California resident Phoebe Barron. “I don’t want to be the first guinea pig,” she said in an interview.

Colorado resident Sonja Coy told Reuters she had a more positive view. Self-driving cars “are a great innovation and technology with a lot of potential,” she said.

“However, I‘m concerned with how liability will fall in the case of accidents, where there are both self-driving and regular cars on the road,” Coy said.

Like most people, she said she had not yet ridden in a self-driving vehicle. Companies testing the vehicles in the United States and elsewhere have provided limited public access so far.

Automotive and technology industry executives are pushing US lawmakers to pass legislation that would loosen restrictions on testing and deploying self-driving cars. However, the legislation is currently stalled in the Senate.

In the meantime, companies from General Motors Co to Alphabet Inc’s Waymo are planning to deploy the first wave of self-driving vehicles over the next three years.

Industry officials and analysts have said providing convincing reassurances about safety is an urgent task for advocates of autonomous vehicle technology.

The Reuters/Ipsos poll was conducted in mid-January and collected responses from 2,592 adults.

Other recent surveys have also highlighted widespread doubts among US consumers about self-driving cars, in the absence of any direct experience with them.