Twitter's Dorsey called out for trolling Congress during hearing 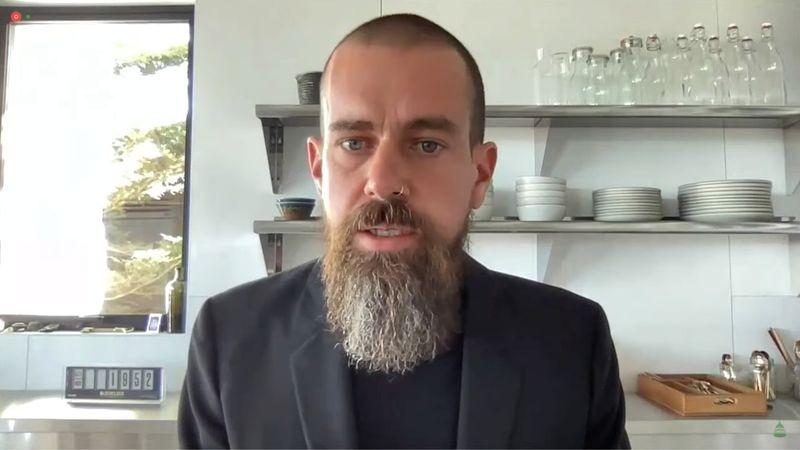 (Reuters) - Twitter CEO Jack Dorsey tweeted his frustration with U.S. lawmakers' questions on the social media platform during a hearing about misinformation on Thursday, leading one member of congress to call out his multi-tasking.

Lawmakers grilled Dorsey and the CEOs of Facebook and Google's parent Alphabet for almost five hours. Tensions were high as they asked them to answer "yes or no" to questions ranging from whether their platforms bore any responsibility for the Jan. 6 riot to whether they understood the difference between the two words.

During the hearing, Dorsey tweeted "?" with a poll asking Twitter Inc users to vote "yes" or "no." Democratic Representative Kathleen Rice asked: "Mr. Dorsey, what is winning, yes or no, on your Twitter account poll?"

Dorsey told her that "yes" was winning, to which she replied: "Your multi-tasking skills are quite impressive."

Lawmakers from both parties tried throughout the hearing to pin down the tech CEOs with questions needing only "yes" or "no" answers, interrupting them when they tried to give longer ones. Lawmakers quizzed the executives over concerns from COVID-19 misinformation, harassment, hate speech and extremism.

As the hearing took place, Dorsey also liked tweets criticizing aspects of the session, including asking why members of Congress were mispronouncing Pichai's name, and replied to a tweet confirming that he was barefoot during the call. His poll on Thursday afternoon had more than 71,000 votes.