Twitter will let you report tweets aimed at misleading voters; to roll out on 25 April in India

Twitter will roll out the new feature in India on 25 April and in the EU on 29 April.

Twitter is rolling out a new feature which will let you report on anyone trying to mislead Twitter users when it comes to voting related information.

This new reporting feature will be present in the Report Tweet menu. It will roll out in India on 25 April (to be used during the ongoing Lok Sabha Elections 2019) and in the EU on 29 April (for the upcoming European Parliament Elections in the last week of May). It will eventually roll out to other geographies. 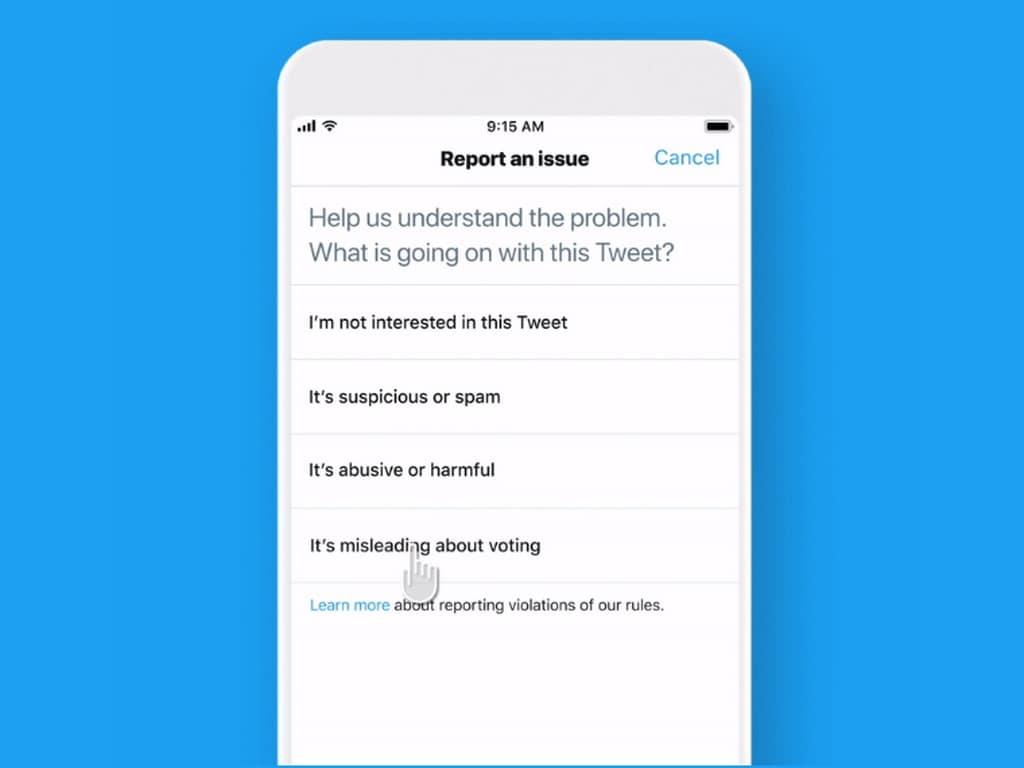 How do I report a tweet which is deliberately misleading?

Twitter wants to ensure that its platform isn't misused during elections. So any attempt to deliberately misleading voters will fall under the gambit of this new feature.

"Any attempts to undermine the process of registering to vote or engaging in the electoral process is contrary to our company's core values," wrote Twitter in its blog post.

Twitter is reportedly testing an 'undo send' timer for tweets: All you need to know