The new Twitter UI for the web app is pretty much like the existing UI for the mobile app.

If you are seeing a new interface on your Twitter web app, hold on to that 'Am I the only seeing this' tweet for a second. You are not the only one, but you are one of the lucky few (and so am I).

Back in September 2018, Twitter had first teased a complete redesign of its web app, and starting today, it has started to roll out this new design to some users. Now, Twitter isn't forcing this new design on anyone (at least as of now). For users who do get this new UI, will see an opt-in pop on the right side on the main feed. This pop-up is teased as the sneak peek into the new Twitter.

Of course, when it comes to taking a peek I never say no, so obviously I didn't this time either. I hit that 'Take A Look' button, and viola!

First thing's first, yes, the new UI also comes with the option to switch to the dark mode. 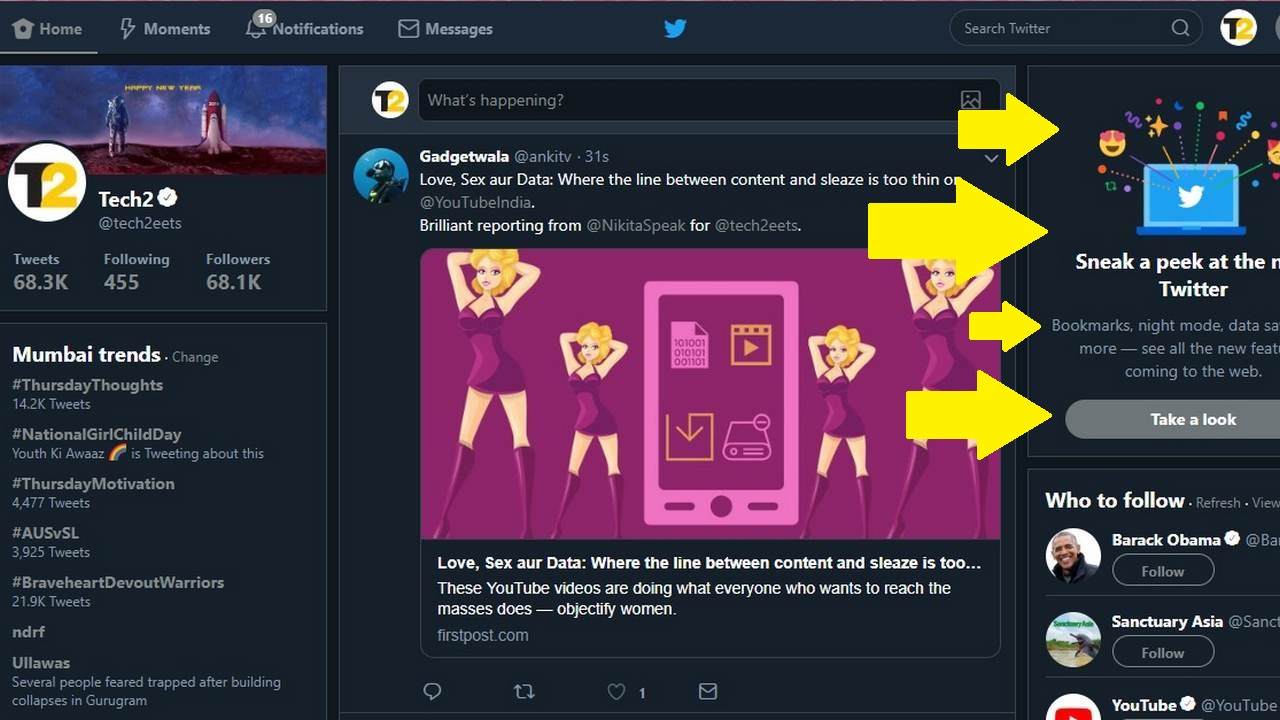 Twitter is rolling out the new UI to only a few users for now. The new UI too lets your switch between a regular and a dark mode. 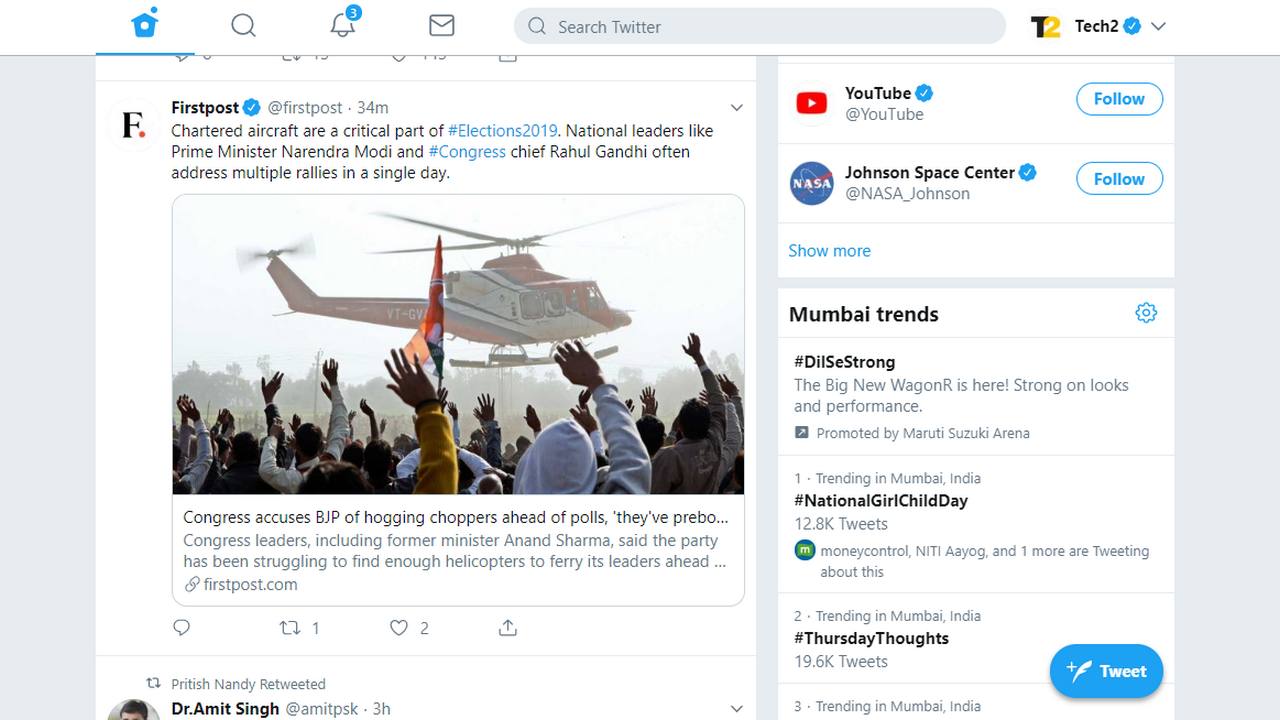 Now, pretty much in line with what Twitter had been teasing, the new interface of the web app is quite simplified. The placement of all the text and sections is way more spacious, and everything sort of looks zoomed in. In fact, the moment I switched to the "new Twitter", the first thing I checked was if I zoomed in my screen. But I hadn't, that's just how the interface is, and I am not complaining.

Twitter has achieved that spacious look that I mentioned, by doing a little reordering of things. The Trending section, which we see on the left side of the Twitter feed, has been moved to the right on the new interface. For that matter, there is nothing on the left side in the redesigned web app. Here, Twitter has eliminated that three column design, and has kept just the two columns now, the left one is your Feed and the right one has the tabs like the top trends, who to follow, etc. Even on your profile, the web app looks like how you see the placement on the mobile app. Your profile picture, the cover picture, the number of followers, and all those details show on top on the left column, followed by your tweets below that. The right column on the profile page has your recent pictures, who to follow, and top trends.

Another thing that has been added to this space are the tabs at the top. Earlier, the top bar on the web app showed the Message, Home, Notifications, Moments. But in the new UI, all of this has been replaced by icons. They are all placed right there, and in the same order, but they are now simple and neat icons. The placement of the new 'compose tweet' icon is similar to what we see on the mobile app right now.

In the previous version (or the current one for many of you) the compose tweet icon sits next to the profile and menu option on the top right of the page. This menu, by the way, has also been changed slightly. Instead of the drop-down animation, the menu now slides in from the right side of the screen. The menu and settings bar now swipes in from the right edge of the screen.

There are a few other minor changes to the UI, like when you compose a new tweet, and choose to add a GIF, the feed from that pop-up in a separately hovering window, instead of a drop down that you see in the current version. The Compose tweet window is a slightly bit boxy now, instead of those round edges in the current version. How do you like the re-design? Let us know in the comments below.