Twitter in 2019: Chandrayaan 2, Amitabh Bachchan to laughing emoji, here's what you tweeted the most

SRO's Chandrayaan 2 was the most exciting and momentous event for India in 2019.

There are various social media platforms but Twitter's purpose has always been more than just sharing what's happening in your life – it is a platform where people come to see what’s happening and join in conversations on trending topics.

Like every year, in 2019, users in India talked about various things - from the #loksabhaelections2019 to #chandrayaan2 and #cwc19. Twitter has shared its annual report of 'Here's what's happened', and ISRO's Chandrayaan 2 was clearly the most exciting and momentous event for India.

Space is hard. We commend @ISRO’s attempt to land their #Chandrayaan2 mission on the Moon’s South Pole. You have inspired us with your journey and look forward to future opportunities to explore our solar system together. https://t.co/pKzzo9FDLL

Together we will build a strong and inclusive India.

In the world of sports, Vikat Kohli's tweet wishing MS Dhoni on his birthday became the most Retweeted Tweet.

Happy birthday mahi bhai @msdhoni. Very few people understand the meaning of trust and respect and I'm glad to have had the friendship I have with you for so many years. You've been a big brother to all of us and as I said before, you will always be my captain 🙂 pic.twitter.com/Wxsf5fvH2m

In the Indian entertainment industry, Tamil actor Vijay's tweet was the most retweeted, wherein he shared the poster of his film Bigil.

Twitter also revealed the 10 most popular hashtags of the year. While #Loksabhaelections2019 topped that chart, it was followed by #Chandrayaan2, #CWC2019, #pulwama, and #article370. 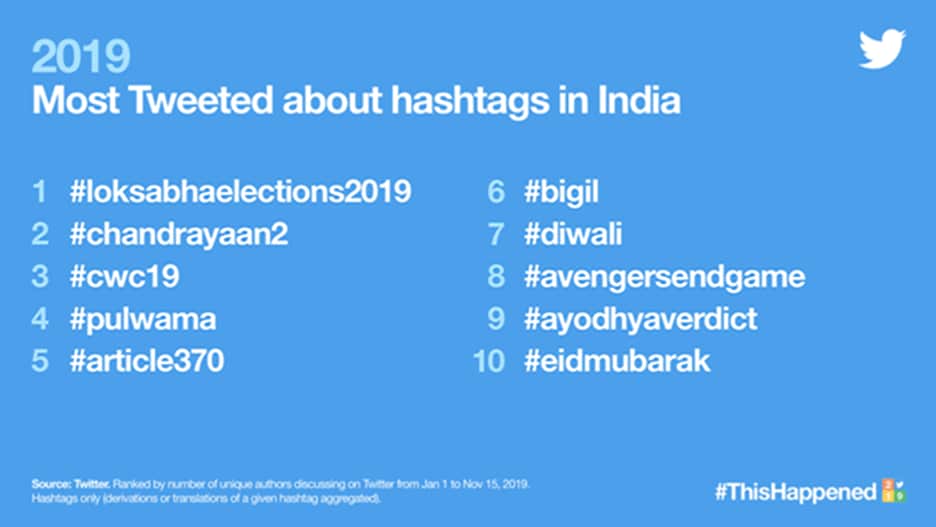 The entertainment industry is always a great part of all Indians' conversations. And like every year, Indians talked a lot about celebrities and the most mentioned male actors of the year, according to Twitter, were Amitabh Bachchan, Akshay Kumar, and Salman Khan, and among the female celebrities, Sonakshi Sinha, Anushka Sharma, and Lata Mangeshkar were the most mentioned in 2019. 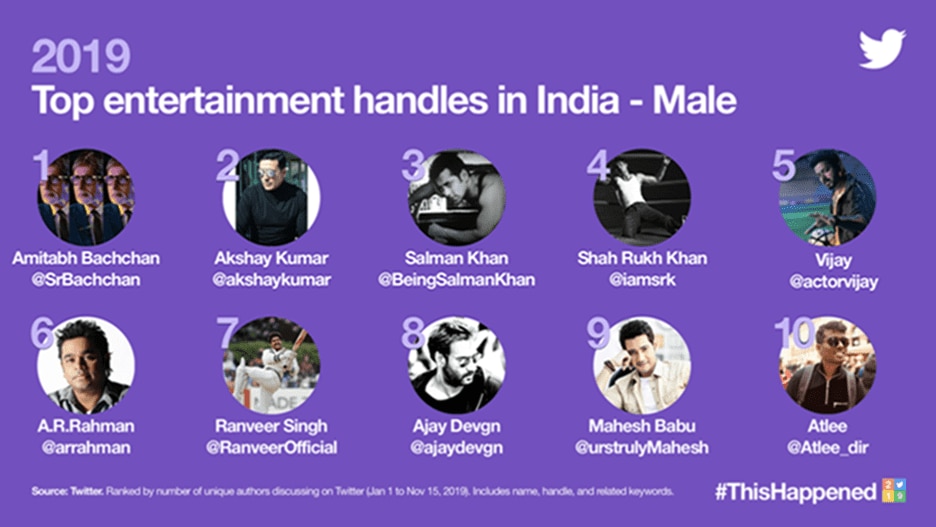 Twitter has also shared a very interesting analysis for this year, which shows the most used emojis in 2019 by Indian users. Laughing emoji, Thank you emoji, and fire emoji were the most popular.