After years of users requesting and at times demanding an option to edit their posts, Twitter has finally launched the edit button. Twitter Blue sent out a test tweet, writing, “this is a test to make sure the edit button works, we’ll let you know how it goes.” 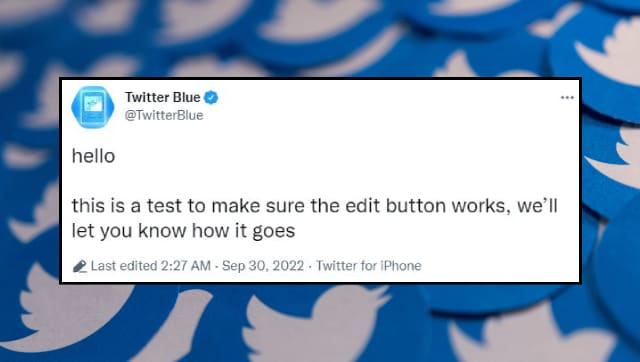 Twitter started testing the feature out with select Twitter Blue users across the globe. It had also shown what an edited tweet would look like. The first edited tweet has a pencil icon appearing below it, showing the time stamp when the tweet was last edited. Most importantly, when you click on the “last edited” label, it shows you a version history wherein you can see the original tweet.

this is a test to make sure the edit button works, we’ll let you know how it goes

The feature will be rolling out for Twitter’s premium users, under the Twitter Blue programme. Twitter Blue subscribers are those who pay for the microblogging platform’s services. These mainly include businesses, influencers and other hardcore users who rely on Twitter for their businesses and income.

While the development has excited the platform’s users, people hope that this feature trickles down to non-paying users of the platform after some time. There is wild speculation saying that the feature will be provided to users who aren’t a part of Twitter Blue in a few months or years. However, given how slow Twitter is at times with new feature sets, some people fear that the option to edit Tweets, will be limited to Twitter Blue users only.

interesting
looks like it’ll be a paid feature for a while at least but at least they’re implementing it alright https://t.co/AsZp416mO4 pic.twitter.com/Z2zvyZtkGo

Twitter Blue is available in countries like the US, Canada, New Zealand, and Australia for a monthly fee of $4.99 or roughly Rs 400.

The way the edit option works is that users will have 30 minutes to edit a tweet, once they first post it. Within these 30 minutes, the user will have the option to edit the tweet as many times as they want. The edited tweet will give users the option to see the edit history, that is what all changes were made and when. 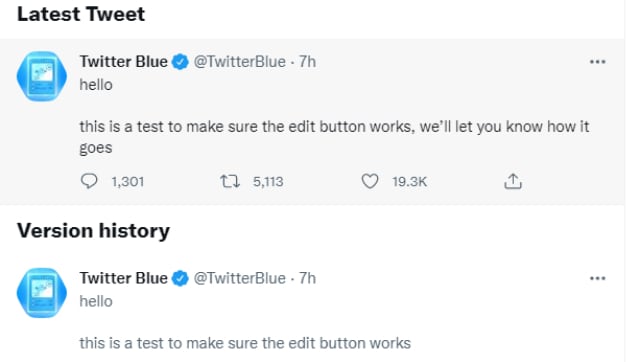 The reason why Twitter is putting up a 30-minute window instead of letting users to edit their tweets whenever they feel like, is to ensure that a tweet’s context is not changed regularly.