Twitter down for many users globally, outage mainly affected users in India and Japan

Down detector has indicated that the outage is mainly in India, Japan and the UK.

Update: Twitter is now fully back online for all users

If you have been experiencing problems with Twitter since 8.00 pm IST today, you are not alone. The micro-blogging website is currently down for a quite a number of users although at the time of writing it is not possible to tell the extent of the problem.

Users who were already logged in are being greeted by a message that says "Something went wrong, try again". Users who had logged out of Twitter cannot log in. The same applies to the Twitter app users on iOS and Android. Down detector has indicated that the outage is mainly in India, Japan and the UK with parts of South America, Europe and North America also seeing an outage. 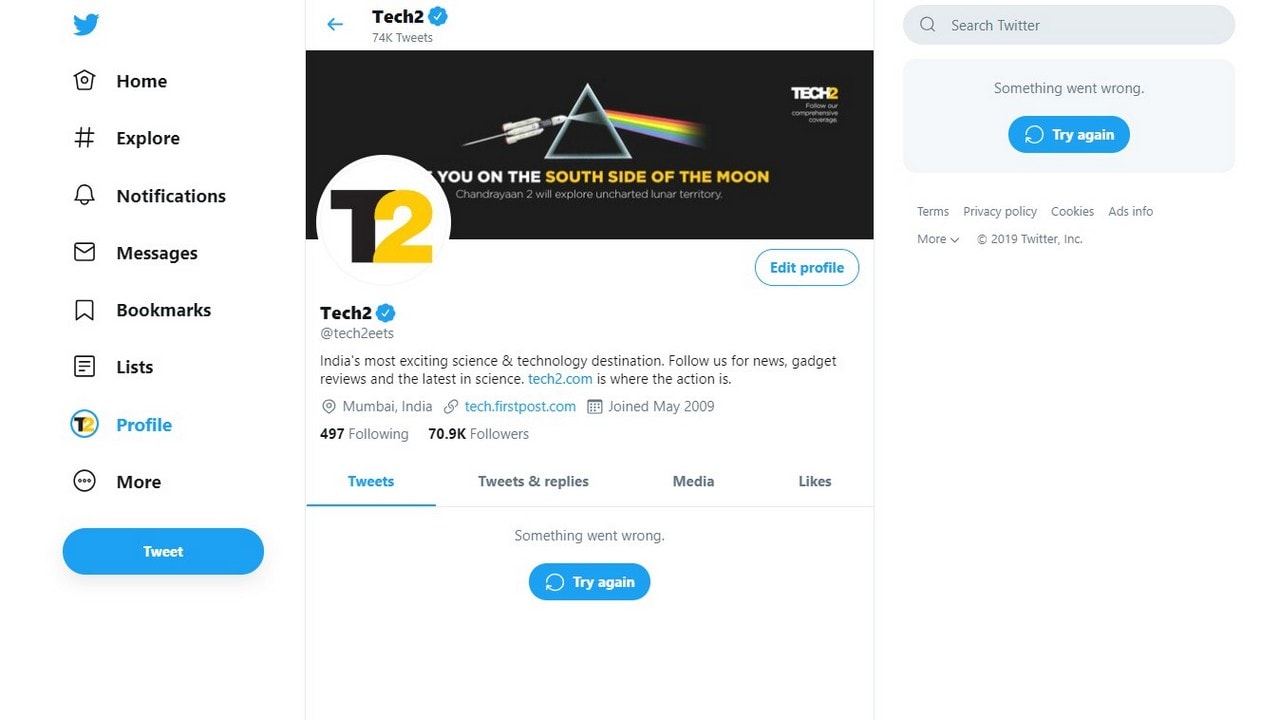 We shall keep you updated as and when Twitter comes back, but as of 8.30 pm IST Twitter is still down for users in India. Other social media platforms such as Facebook, WhatsApp and Instagram are still working.