Trump on UK's Huawei ban: 'I did this myself' 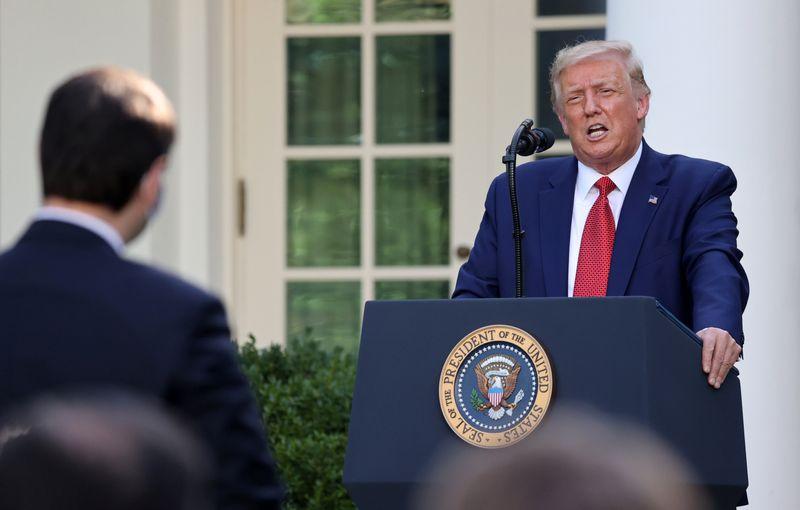 By Guy Faulconbridge and Niklas Pollard

Johnson on Tuesday ordered Huawei equipment to be purged completely from Britain's 5G network by the end of 2027, risking the ire of China by signalling that the world's biggest telecoms equipment maker was not welcome in the West.

Washington had long been pressing for such a step, and is still calling on other European countries to make similar moves.

"I talked many countries out of using it: if they want to do business with us, they can't use it. Just today, I believe that UK announced that they're not going to be using it."

Britain has said that its ban on Huawei is motivated by its own security concerns and by worries that supplies of Huawei gear could be interrupted by U.S. sanctions.

It denied that Trump alone was responsible for the Huawei ban. Asked about the comments, British Health Secretary Matt Hancock said: "Well, we all know Donald Trump, don't we."

China said Trump's remark showed Johnson's decision was about geopolitics rather than security.

"This once again demonstrates that the relevant bans on Huawei are completely unrelated to national security, rather this is highly politicised manipulation," foreign ministry spokeswoman Hua Chunying said. "The UK deciding to ban the use of Huawei will hurt the UK’s own interests. The world is big. The UK is a relatively small place."

As Britain prepares to cast off from the European Union, fears over the security of Huawei have forced Johnson to take sides in the global rivalry between the United States and China.

Trump identifies China as the United States' main geopolitical rival, and has accused the Communist Party-ruled state of taking advantage over trade and not telling the truth over the novel coronavirus outbreak, which he calls the "China plague".

Washington and its allies say Huawei technology could be used to spy for China. Huawei has denied this.

Britain has acknowledged that without equipment from Huawei it will take it longer to roll out faster 5G mobile networks. China said investment in Britain will suffer.

"Now I would even say this is not only disappointing - this is disheartening," said Liu Xiaoming, China's ambassador to London.

(Reporting by Guy Faulconbridge in London and Martin Pollard in Beijing; Editing by Michael Holden, Alex Richardson and Peter Graff)