Trump defends use of social media to connect directly with followers; claims it won him election

Leaders have urged Trump to minimize the use of Twitter and the US President also acknowledged that some friends suggested him not to use the social media.

Heavily criticised for the use of Twitter to often launch personal attacks on media outlets and the opposition, US President Donald Trump has defended his regular use of social media and said he might not have won the election without it. 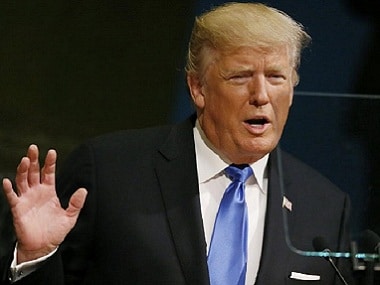 In an interview airing on US channel Fox Business Network, Trump said he could bypass what he labels unfair media coverage by speaking directly to his followers. "Tweeting is like a typewriter — when I put it out, you put it immediately on your show. I doubt I would be here if weren't for social media, to be honest with you," he was quoted as saying.

Calling his social media accounts on Facebook, Twitter and Instagram "a tremendous platform", Trump said, "When somebody says something about me, I am able to go bing, bing, bing and I take care of it."

"The other way, I would never be [able to] get the word out." Several leaders have urged Trump to avoid or minimize the use of Twitter and the US President also acknowledged that some friends suggested him not to use the social media.

Trump, who has 40.9 million followers on Twitter, regularly uses Twitter to attack news media and political opponents often sending out missives in the early morning or late evening hours.