By Steve Scherer and David Ljunggren OTTAWA (Reuters) - Canadian Prime Minister Justin Trudeau on Friday declined to comment on talks between the U.S. Justice Department and lawyers that could lead to the release of a senior Huawei executive who is under house arrest in Vancouver 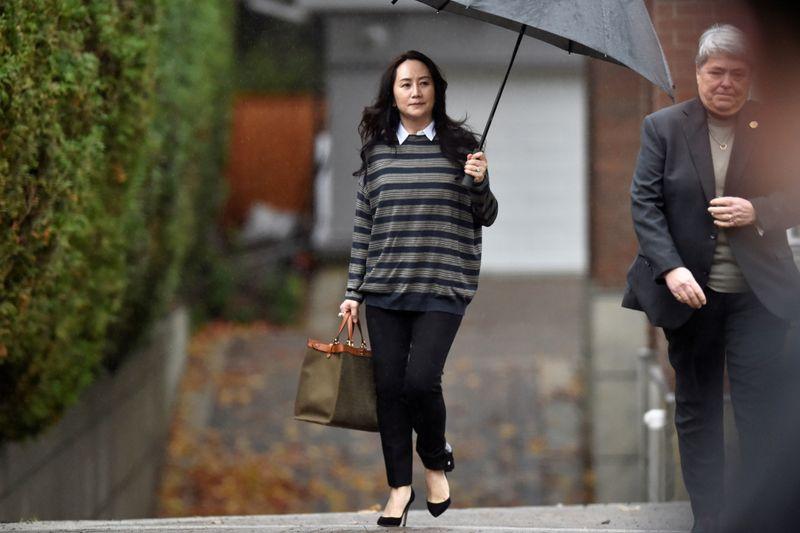 OTTAWA (Reuters) - Canadian Prime Minister Justin Trudeau on Friday declined to comment on talks between the U.S. Justice Department and lawyers that could lead to the release of a senior Huawei executive who is under house arrest in Vancouver.

Trudeau told reporters that his "top priority" was the return of two Canadian citizens being held in China. The two were picked up shortly after Canadian police detained Huawei Technologies Co Ltd's Chief Financial Officer Meng Wanzhou in December 2018 on a U.S. arrest warrant.

"We will continue working hard for the return of the two Michaels," he said, referring to Michael Kovrig and Michael Spavor. "Two years is a very long time to be in prison in China, or anywhere," Trudeau said at a news conference. "We will continue to do all the work that's necessary to get them back."

U.S. prosecutors are discussing a deal with lawyers for Meng to resolve criminal charges against her, a person familiar with the matter said on Thursday, signaling a potential end to a case that has strained ties between the United States, China and Canada.

Meng, 48, faces bank fraud charges over allegations she misled HSBC Holdings Plc about Huawei's business dealings in Iran, which was subject to U.S. sanctions. She is currently fighting extradition in a Vancouver court.

After Meng's arrest, China cut off imports of canola seed from Canada and detained the two Canadian citizens on allegations of spying.

The affair has thrust Canada into the middle of a U.S.-China trade war, and Trudeau's failure to gain the release of Kovrig and Spavor has exposed his minority government to mounting pressure from opposition parties who want the prime minister to take a tougher stance on China.

Beijing has said Meng's arrest is part of an effort by the United States to undermine Chinese high-tech companies, and has urged Canada to release Meng, who denies any wrongdoing.

On Friday, there was little activity outside her multi-million dollar property in Vancouver's exclusive Shaughnessy neighbourhood.

She was seen at her front door receiving visitors carrying construction materials into her home. Her security staff did not comment on her schedule for the day.