Trai has imposed a fine of Rs 2.97 crore on Idea Cellular for over-charging its subscribers

Telecom regulator Trai has directed Idea Cellular to deposit Rs 2.97 crore for over- charging its subscribers for making calls to BSNL and MTNL networks.

Telecom regulator Trai has directed Idea Cellular to deposit Rs 2.97 crore for over- charging its subscribers for making calls to BSNL and MTNL networks. 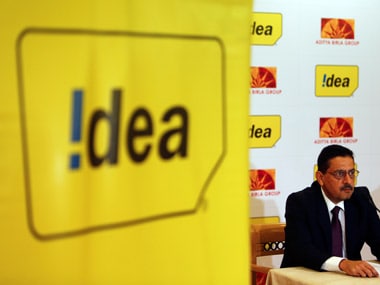 The amount is to be deposited in the Telecom Consumers Education and Protection Fund (TCEPF) as Idea would not be able to make the refund to subscribers in view of non- availability of the rated call data records.

The issue dates back to May 2005 when the Department of Telecom (DoT) amended licences to permit inter-service area connectivity among telecom operators within four states — Maharashtra, West Bengal, Tamil Nadu and Uttar Pradesh.

As per the amendment, calls within each of these states were treated as intra-service area (or local) calls for the purpose of call routing and levy of access deficit charge.

The regulator said that despite the amendment, several private GSM operators were charging higher rates for calls terminating on network of state-run firms BSNL and MTNL compared to calls made on network of private operators within the boundary of these states.

"...the Authority hereby directs M/s Idea to deposit the amount of Rs 2,97,90,173 charged in excess from its subscribers during the period from May 2005 to January 2007, as computed by M/s Idea, in TCEPF and report compliance within 15 days of issue of this direction," said the order dated 24 August, 2017, signed by Trai's adviser ST Abbas.

The Telecom Regulatory Authority of India in February 2006 directed mobile service providers to differential rates being levied by them on subscribers.

It asked operators to refund excess amount that they charged to their customers.

The direction was challenged by the Cellular Operators Association of India and other telecom operators while they continued charging higher rates to consumers.

Idea Cellular said that the excess amount cannot be refunded to subscribers as call data records of that period are not available with it. The regulator, therefore, directed Idea to deposit the fund in TCEPF.