Ajit Pai, the Chairman of FCC, recently decided to repeal the net neutrality rules that were set by the Obama administration.

As 14 December draws closer, the fate of free internet access in the United States gets slimmer. However, RS Sharma, TRAI Chairman has denied that it would have any effect on India's position over net neutrality. 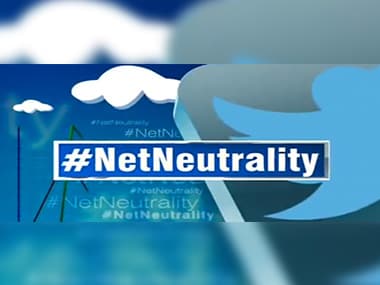 However, it has been reported, that activists seem to be uncertain over India's future regarding the net neutrality. According to The Print report, Apar Gupta, advocate and volunteer, Internet Freedom Foundation had said that even though India is not legally bound with net neutrality laws, it might be affected by the decision made by the US.

Ajith Pai, the Chairman of Federal Communications Commission also known as FCC, recently decided to repeal the net neutrality rules that were set by the Obama administration. The ethos of net neutrality lies in giving free access to everyone irrespective of their internet service provider.

However, on 14 December the FCC would decide upon the future of internet access. And, for this to happen a vote will take place. According to the New York Times, the vote would comprise of three Republicans and two Democrats.

Once repealed the internet service providers would have a larger say over what the consumer would access. It may charge more for certain websites by both the developer and the user.

However, in the subcontinent, where telecom wars have been continuing for quite some time, it has become imperative to ask the question whether net neutrality in the US can have any effect in India.

Net Neutrality became a significant issue in the subcontinent in 2015, when Airtel had introduced the Airtel Zero platform which was a marketing platform. Here the users could access the app without using any data. Around the same time, Facebook had introduced its own version of the free web called Free Basics. Both violated net neutrality.

India is yet to hear TRAI’s review over net neutrality.