In its complaint, the traders body demanded that necessary immediate action should be taken against the firms for violation of FDI policy.

Traders body CAIT today urged the government to take action action against e-commerce firms like Amazon and Flipkart, alleging they have flouted FDI norms for such players by undertaking retail trading activities. The Confederation of All India Traders (CAIT) wrote to Union Commerce Minister Suresh Prabhu in this regard, claiming that the companies were indulging in a "blatant violation" of the FDI (foreign direct investment) policy. 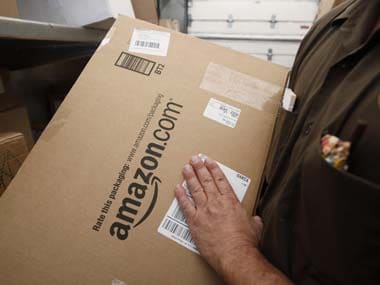 In its complaint, CAIT said "the advertisements issued by them in past days amounts to soliciting retail customers at their portals and influencing the prices and creating an uneven level playing field". "Under FDI policy these companies can not undertake retail trading activities but these e-commerce portals being habitual offenders of (the) government policies are circumventing the law and engaged in B2C (business-to- commerce) activities which is prohibited for e-commerce marketplace portals," CAIT alleged in the complaint to Prabhu.

In its complaint, the traders body demanded that necessary immediate action should be taken against the firms for violation of FDI policy. "The Confederation of All India Traders has charged Amazon, Flipkart and Snapdeal etc for violation of FDI policy for e-commerce of the Government issued on 29 March, 2016 by Department of Industrial Promotion & Policy, Ministry of Commerce," the traders body said.

Myntra and Jabong declined to comment, while query sent to others did not elicit any immediate reply. According to CAIT, as per the FDI policy guidelines, ecommerce portals receiving foreign direct investment can conduct business activities for B2B (business-to-business) business and will not be allowed to undertake B2C (business- to-consumer) business activities. CAIT Secretary General Praveen Khandelwal said that by inserting big advertisements in the media, the companies are attempting to address consumers directly which is a contravention of the FDI guidelines.

"They (e-commerce firms named) do not have ownership of the inventory of the products purported to be sold on their technology platform, how can they offer discounts or discounted prices on the products for which they are not the owners-questioned trade leaders," Khandelwal claimed.