Toyota Urban Cruiser is powered by 1.5-litre naturally-aspirated petrol, with 105PS and 138Nm of torque. 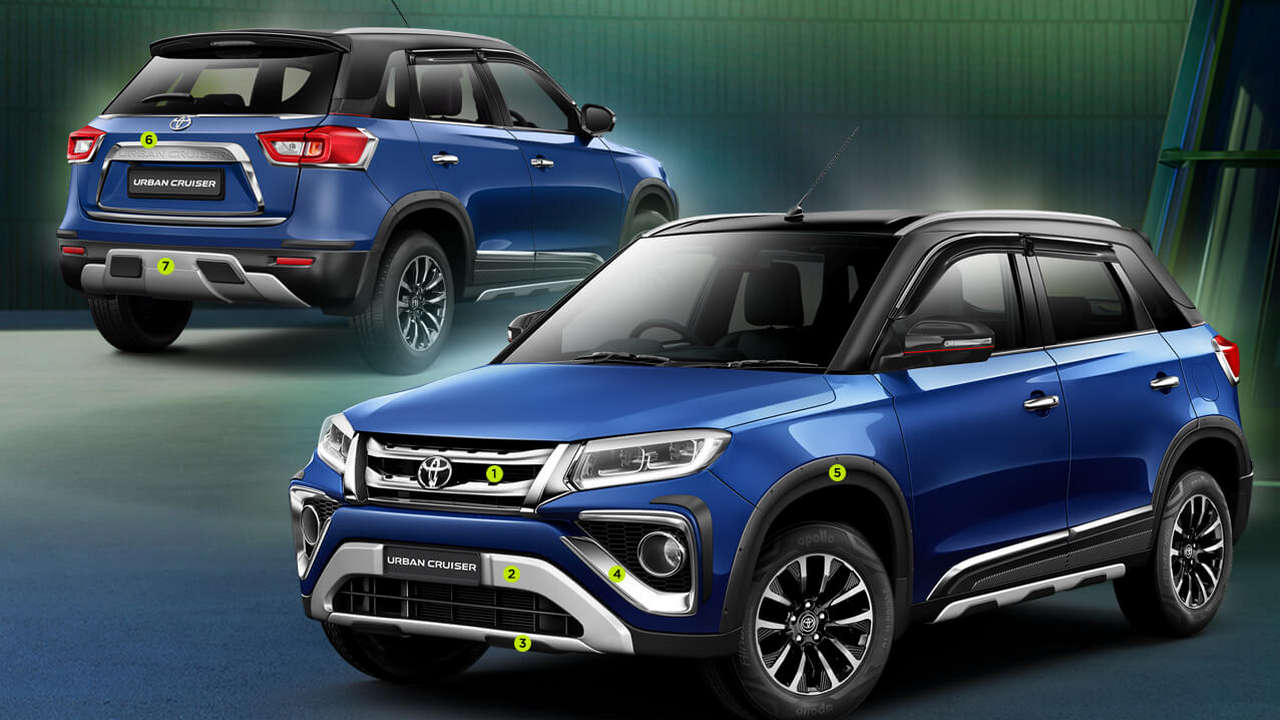 Stylistically, the Toyota Urban Cruiser differentiates itself from the Maruti Suzuki Vitara Brezza with a grille designed to mimic the Toyota Fortuner full-size SUV, and redesigned bumpers front and rear. It will also be available in a Rust Brown shade unique to the Toyota (seen above), apart from five other colours.

The Toyota Urban Cruiser range starts with the Mid-variant, which as the name suggests, carries features typical of a mid-spec VXi variant of the Maruti Suzuki Vitara Brezza. This includes LED lighting all around, in the dual-projector headlights, fog lamps and tail lights, apart from auto climate control, 2DIN audio system with steering mounted control, keyless entry with push-button start/stop, two airbags and ABS with EBD.

Like the Maruti Suzuki Brezza on which it's based, the Toyota Urban Cruiser specifications show that it is powered by a 1.5-litre naturally-aspirated petrol, with 105PS and 138Nm of torque. The manual variants get a 5-speed gearbox, while the automatic variants use a 4-speed torque convertor, as well as mild-hybrid assistance via SHVS technology. The manual variant has a certified fuel efficiency of 17.03kmpl, while the automatic has been certified at 18.76kmpl. The Toyota Urban Cruiser is offered with a 3-year/1,00,000km warranty, bundled with roadside assistance. The Toyota Urban Cruiser, on average, carries a Rs 5,000 premium to it, as compared to an equivalent Maruti Suzuki Vitara Brezza variant, with the top-most automatic variant undercutting the Brezza by Rs 10,000.