Toyota expects EVs to account for around half of its global sales by 2030 when it aims to sell 4.5 million petrol-electric and plug-in hybrid vehicles.

Toyota Motor Corp said it would market more than 10 all-electric vehicle (EV) models globally in the early 2020s, a target which could require the firm to look beyond a partnership with Panasonic Corp to co-develop and supply batteries. 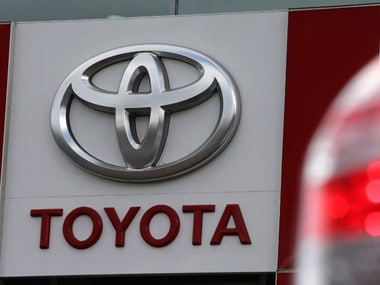 Setting an annual sales target of around 1 million zero-emission battery EVs and fuel-cell vehicles (FCVs) by 2030, the automaker said in order to achieve this it would need to make an investment of over $13 billion to develop and make batteries.

Toyota, the world’s second-largest automaker by sales after Volkswagen AG, added it needed to accelerate the pace of battery development as tightening global vehicle emissions regulations would require a steep increase in manufacturing capacity for more powerful batteries.

“As a mass-market automaker we need to expand our offering of electric cars,” Executive Vice President Shigeki Terashi said at a briefing in Tokyo on Monday, adding that Toyota would introduce pure-battery models initially in China, followed by Japan, India, the United States and Europe.

Industry experts anticipate plug-in hybrid petrol-electric vehicles and all-battery EVs will account for as much as 26 percent of global car sales by 2030, versus just over 1 percent last year, data from the International Energy Agency shows.

Toyota has ramped up its EV development since last year when it announced it would add fully electric vehicles to its product line-up, surprising some industry players as it had long touted a green-car strategy focusing mainly on plug-in hybrid and FCVs.

Toyota expects EVs to account for around half of its global sales by 2030 when it aims to sell 4.5 million petrol-electric and plug-in hybrid vehicles annually.

Last week, Toyota said it and partner Panasonic were considering developing next-generation EV batteries, including solid-state batteries, while it has also tied up with Mazda Motor Corp and Suzuki Motor Corp on EVs.

At the moment, the supply of EV batteries is dominated by a huddle of producers including LG Chem and Panasonic.

Terashi said joining forces with Panasonic may not be enough to meet its battery needs by 2030, and that Toyota was open to striking additional partnerships.

Producing batteries for so many EVs would pose a challenge “on a different dimension”, said Terashi, who heads Toyota’s EV business planning department.

“Even if we develop an advanced solid-state battery, there’s no way we could mass produce it on our own.”

Toyota Innova Crysta prices to be hiked from 1 August: Here’s how much more you’ll have to pay