Toyota's next SUV for India will be the rebadged Maruti Suzuki Vitara Brezza, expected to be called the Urban Cruiser.

Toyota has unveiled a new SUV in the Thai market called the Toyota Corolla Cross. As the name suggests, this SUV is derived from the Corolla sedan and sits below the RAV4 in its SUV line-up. The new model will also be rolled out in other markets worldwide after this.

The Corolla Cross is 4,460mm long, 1825mm wide and 1,620mm tall. This along with a 2,640mm wheelbase makes it lightly larger than cars like the Hyundai Creta and Kia Seltos. Like with the sedan, the Corolla Cross is also based on the TNGA underpinnings. The swept LED headlamps, the large widening honeycomb grille and sharply cut front bumpers are in line with the sporty new designs coming from the brand recently. The line growing from the bonnet and ending around the front wheel arches are a further example of this. In profile there are chunky 18-inch wheels and prominent haunches over the rear wheels. At the rear, the two-part taillamps with the L-shaped lighting element are derived from other Toyota SUVs and it's above a sculpted bootlid. As is the norm, there is prominent body cladding and faux skid plates both front and back.

On the inside, the Corolla Cross gets burgundy interior trim as an option with more sharp designs, seen in the slim AC vents and the stepped dash layout. A floating nine-inch touchscreen in the central attraction while the driver gets a semi0digital instrument cluster. Toyota says the large doors and glasshouse make living with the SUV simple. Notable features are a power-adjustable driver seat, dual-zone automatic climate control, reclining rear seat, sunroof and a hands-free tailgate. The Corolla Cross also gets a full array of connected-car features. Further, the Toyota Safety Sense suite of assistance system is also available. 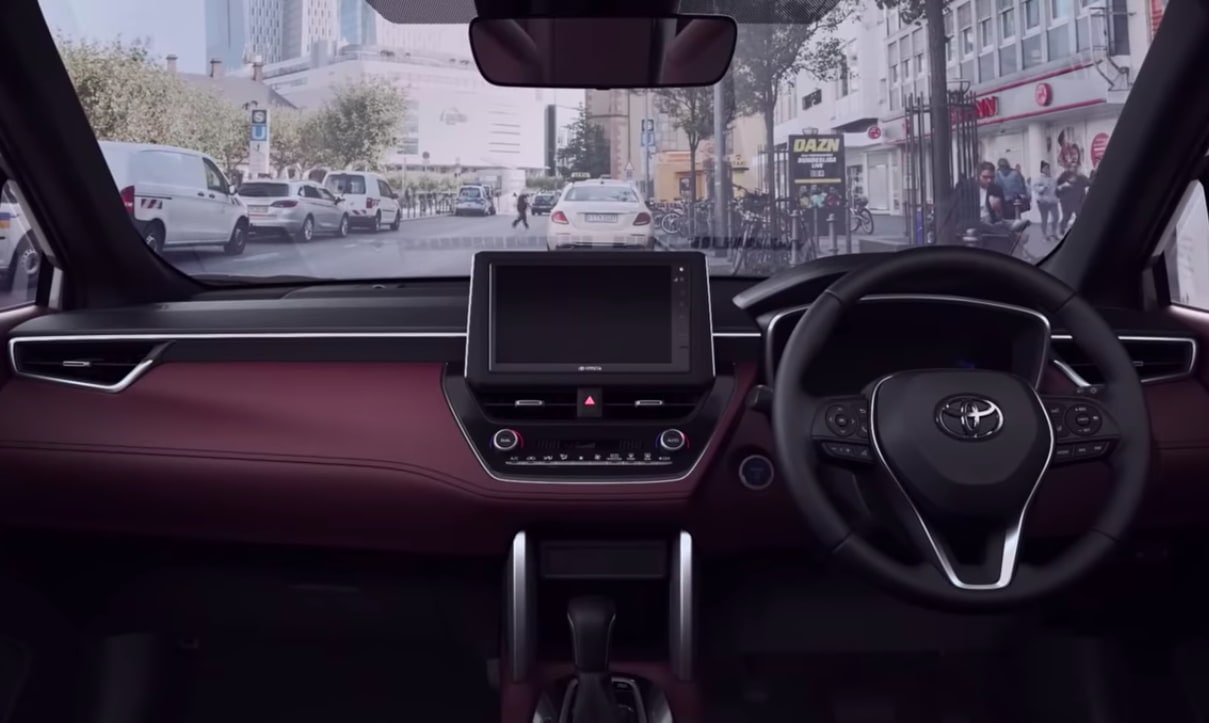 Interiors of the Toyota Corolla Cross.

Toyota's next SUV for India will be the rebadged Maruti Suzuki Vitara Brezza, expected to be called the Urban Cruiser. If Toyota decides to bring the Corolla Cross to India, it would compete with the likes of the Jeep Compass and Skoda Karoq, and fill a large hole in the brand SUV line-up in India.

Prices for the Toyota Corolla Cross start from THB 9.89 lakh or Rs 23.8 lakh.