The Toyota bZ4X is being co-developed with Subaru and sits on the new e-TNGA architecture.

Toyota has set the ball rolling for its massive EV onslaught with the debut of the Toyota bZ4X concept at Auto Shanghai 2021. This electric SUV previews the first model from the Japanese carmaker's new EV sub-brand, Toyota bZ (beyond Zero). With it pioneering hybrid tech, the company has already sold 17 million electrified vehicles starting with the Prius in 1997, and 22 per cent of its sales come from electrified vehicles. As a next step, Toyota will introduce 15 BEVs, including seven new Toyota bZ BEV models by 2025. These will be developed in collaboration with partners BYD, Daihatsu, Subaru and Suzuki. The Toyota bZ4x will come equipped with a new e-AWD system. Image: Toyota

The Toyota bZ4X is being co-developed with Subaru and sits on the new e-TNGA architecture developed specifically for EVs. This architecture exploits the advantages of an EV powertrain to give the bZ4x a long wheelbase and short overhangs. The Toyota bZ4x will come equipped with a new e-AWD system developed in conjunction with Subaru and will also come with a solar recharging system that will work in conjunction with the regen system to add to the SUV's range. 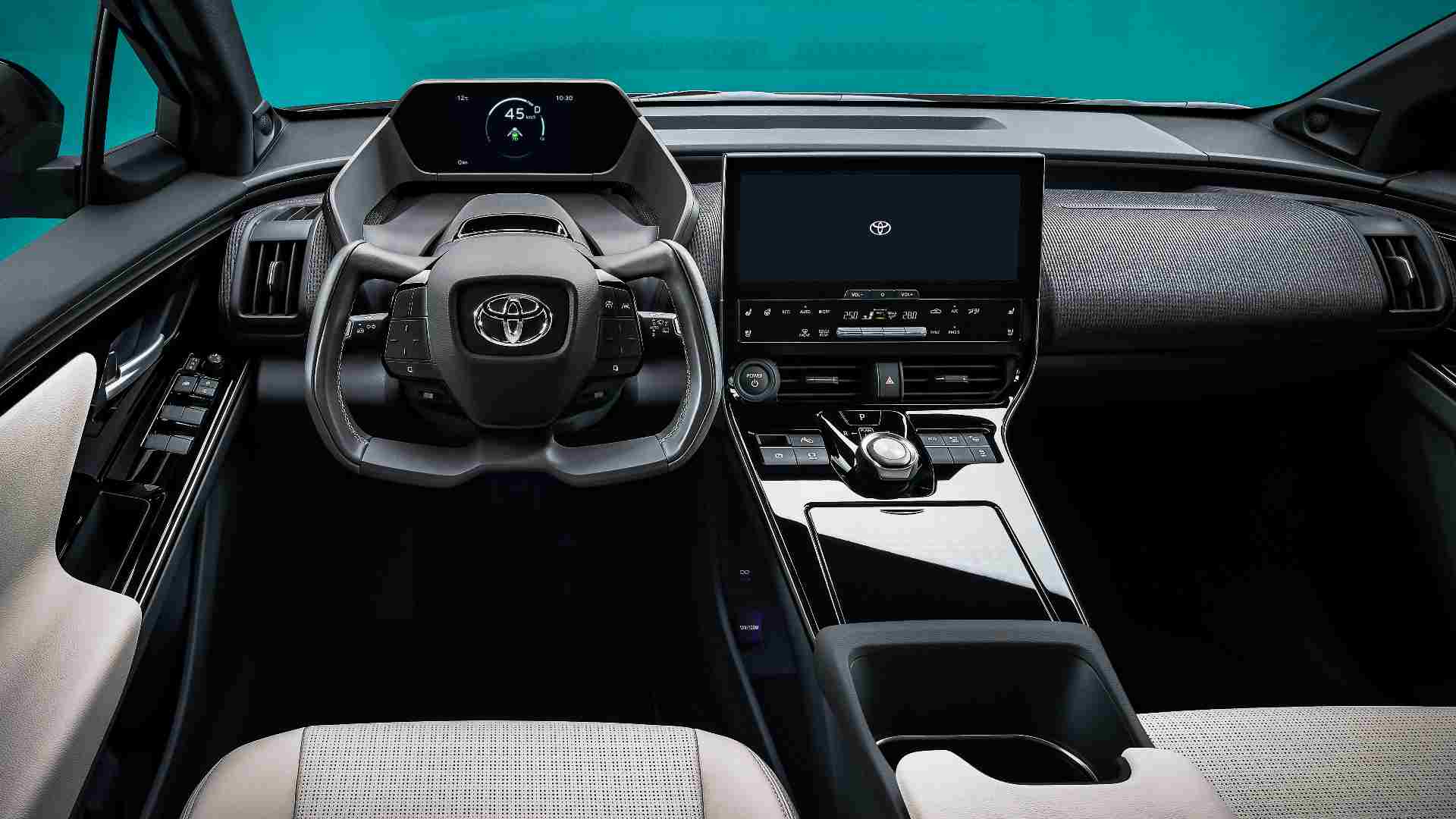 Shrouding this is an evolution of Toyota's current design theme with its slim lighting and angular bodylines. With no grille to accommodate, the face is the most distinctive with its slim air inlets and wide bumper elements. Toyota claims the interior space will be equivalent to a D-segment sedan with the distinctive feature on the inside being the Tesla-like aircraft-style steering wheel. This is meant to improve visibility as is the high-mounted digital instrument cluster. The rest of the layout is quite reminiscent of other Toyota's but seems to add a larger screen and a more open layout to maximise the added space an EV offers. The production-spec Toyota bZ4x is set to arrive in 2022. Image: Toyota

The production version of the Toyota bZ4X will launch in Japan and China first, with deliveries beginning in the middle of 2022.