Tough to regulate Facebook, Google and Amazon given their bewildering complexity

If you’re still thinking about digital technologies as tools – implying that you, the user, are in full control – you need to think again.

Back in the 1990s – a lifetime ago in internet terms – the Spanish sociologist Manuel Castells published several books charting the rise of information networks. He predicted that in the networked age, more value would accrue in controlling flows of information than in controlling the content itself.

In other words, those who positioned themselves as network hubs – the routers and switchers of information – would become the gatekeepers of power in the digital age.

With the rise of internet juggernauts Google, Facebook, Amazon and others, this insight seems obvious now. But over the past two decades, a fundamentally new business model emerged which even Castells had not foreseen – one in which attracting users onto digital platforms takes precedence over everything else, including what the user might say, do, or buy on that platform.

Gathering information became the dominant imperative for tech giants – aided willingly by users charmed first by novelty, then by the convenience and self-expression afforded by being online. The result was an explosion of information, which online behemoths can collate and use for profit. The sheer scale of this enterprise means that much of it is invisible to the everyday user. The big platforms are now so complex that their inner workings have become opaque even to their engineers and administrators. If the system is now so huge that not even those working within it can see the entire picture, then what hope do regulators or the public have?

Of course, governments are trying to fight back. The GDPR laws in Europe, the ACCC Digital Platforms report in Australia, and the DETOUR Act introduced to the US Congress in April - all are significant attempts to claw back some agency. At the same time, it is dawning on societies everywhere that these efforts, while crucial, are not enough.

If you think of the internet as a gigantic machine for sharing and copying information, then it becomes clear that the systems for sorting that information are vitally important. Think not just of Google’s search tool, but also of the way Google and Amazon dominate cloud computing - the largely invisible systems that make the internet usable.

Over time, these platforms have achieved greater and greater control over how information flows through them. But it is an unfamiliar type of control, increasingly involving autonomous, self-teaching systems that are increasingly inscrutable to humans. 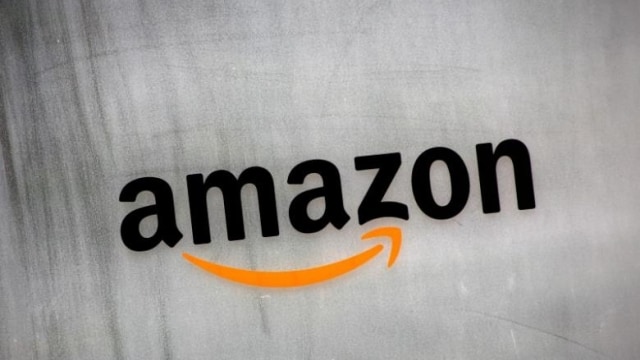 Information gatekeeping is paramount, which is why platforms such as Google, Amazon and Facebook have risen to supremacy. But that doesn’t mean these platforms necessarily need to compete or collude with one another. The internet is truly enormous, a fact that has allowed each platform to become emperor of a growing niche: Google for search, Facebook for social, Amazon for retail, and so on. In each domain, they played the role of incumbent, disruptor, and innovator, all at the same time.

Now nobody competes with them. Whether you’re an individual, business, or government, if you need the internet, you need their services. The juggernauts of the networked age are structural.

Algorithms are running the show

For these platforms to stay on top, innovation is a constant requirement. As the job of sorting grows ever larger and more complex, we’re seeing the development of algorithms so advanced that their human creators have lost the capacity to understand their inner workings. And if the output satisfies the task at hand, the inner workings of the system are considered of minor importance.

Meanwhile, the litany of adverse effects are undeniable. This brave new machine-led world is eroding our capacity to identify, locate, and trust authoritative information, in favour of speed.

It’s true that the patient was already unwell; societies have been hollowed out by three decades of market fundamentalism. But as American tech historian George Dyson recently warned, self-replicating code is now out there in the cyber ecosystem. What began as a way for humans to coax others into desired behaviours now threatens to morph into nothing less than the manipulation of humans by machines.

The digital age has spurred enormous growth in research disciplines such as social psychology, behavioural economics, and neuroscience. They have yielded staggering insights into human cognition and behaviour, with potential uses that are far from benign.

Even if this effort had been founded with the best of intentions, accidents abound when fallible humans intervene in complex systems with fledgling ethical and legal underpinnings. Throw malign intentions into the mix - election interference, information warfare, online extremism - and the challenges only mount.

If you’re still thinking about digital technologies as tools – implying that you, the user, are in full control – you need to think again. The truth is that no one truly knows where self-replicating digital code will take us. You are the feedback, not the instruction.

Regulators don’t know where to start

A consensus is growing that regulatory intervention is urgently required to stave off further social disruption, and to bring democratic and legal oversight into the practices of the world’s largest monopolies. But, if Dyson is correct, the genie is already out of the bottle. Entranced by the novelty and convenience of life online, we have unwittingly allowed silicon valley to pull off a “coup from above”. It is long past time that the ideology that informed this coup, and is now governing so much everyday human activity, is exposed to scrutiny.

The challenges of the digital information age extend beyond monopolies and privacy. This regime of technologies was built by design without concerns about exploitation. Those vulnerabilities are extensive and will continue to be abused, and now that this tech is so intimately a part of daily life, its remediation should be pursued without fear or favour.

Yet legislative and regulatory intervention can only be effective if industry, governments and civil society combine to build, by design, a digital information age worthy of the name, which doesn’t leave us all open to exploitation.

This article is republished from The Conversation under a Creative Commons license.