Toshiba raised $5.4 billion from a share issue to foreign investors late last year and it had now decided it did not need to go through with the sale.

Japan’s Toshiba Corp has decided it will cancel the planned $18.6 billion sale of its memory chip unit if it does not get approval from China’s anti-monopoly regulator by May, the Mainichi newspaper said on Sunday. 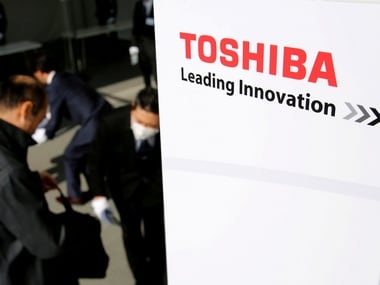 A consortium led by US private equity firm Bain Capital last year won a long and highly contentious battle for the unit, which Toshiba put up for sale after billions of dollars in cost overruns at its Westinghouse nuclear unit plunged it into crisis.

But Toshiba was unable to complete the sale by the agreed deadline of 31 March as it was still waiting for approval from China’s antitrust authorities.

Toshiba raised $5.4 billion from a share issue to foreign investors late last year and it had now decided it did not need to go through with the sale, the Mainichi newspaper reported. It did not cite any source.

“Toshiba has come to a decision that there is little necessity for the sale as it is no longer in insolvency,” the newspaper reported, adding that Toshiba would consider listing the unit if the sale did not go ahead. A Toshiba spokesman said the company was still aiming to complete the sale as soon as possible.

In early April, Toshiba Chief Executive Nobuaki Kurumatani said his company would not use the option of cancelling the sale unless there was any “major material change” in circumstances.

Quad extends over $50 billion of infrastructure assistance, investment in Indo-Pacific over next five years