US lawmakers are currently considering a bill that would ban government employees from using Huawei and ZTE smartphones.

Top US intelligence officials have reportedly warned Americans not to use smartphones from Chinese tech giants Huawei and ZTE.

According to a CNBC report, the heads of CIA, FBI, NSA and the director of national intelligence expressed these concerns during a Senate Intelligence Committee hearing late on Tuesday. 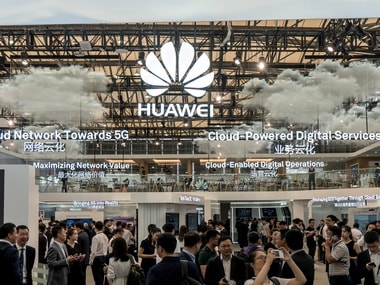 "We're deeply concerned about the risks of allowing any company or entity that is beholden to foreign governments that don't share our values to gain positions of power inside our telecommunications networks," FBI Director Chris Wray was quoted as saying.

Huawei responded to the concerns in a statement to CNBC, saying the company was aware of a range of US government activities seemingly aimed at inhibiting Huawei's business in the US market.

"Huawei is trusted by governments and customers in 170 countries worldwide and poses no greater cybersecurity risk than any ICT vendor, sharing as we do common global supply chains and production capabilities," the company said.

According to The Verge, Huawei is trying to sell the "Mate 10 Pro" device unlocked in the US but "the effort seems to have pushed the company to desperate measures - including getting users to write fake reviews for the handset".

US lawmakers are currently considering a bill that would ban government employees from using Huawei and ZTE smartphones.

"The focus of my concern is ... Chinese telecoms like Huawei and ZTE ... are widely understood to have extraordinary ties to the Chinese government," Republican Senator Richard Burr, Chairman of the Senate Intelligence Committee, was quoted as saying.