A clean cookstove can save children, improve livelihoods, empower women, and combat climate change. Even Julia Roberts threw her million watt smile behind that campaign. A big study in India is sending up those dreams in smoke.

The Global Alliance for Clean Cookstoves sounds like just the kind of project everyone can love.

It's a public-private partnership - we adore that because that sounds like it will be efficient and you and I won't be footing the entire bill.

It helps the aam aurat - the housewife slaving over the primitive cooking fire.

It has a sexy brand ambassador - Pretty Woman Julia Roberts who said she's doing because it's about "saving lives - especially children's lives."

Is it now too big to fail?

Radha Muthiah, the Executive Director of the Global Alliance for Clean Cookstoves is desperately doing damage control after a new Harvard/MIT study just came out that sends the Alliance's grand dreams up in smoke. 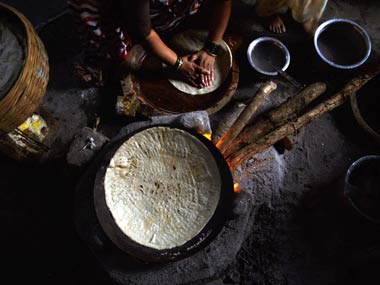 Whether its cookstoves or laptops, we think our job is done as soon as the resources have been dumped on the needy.Reuters

The four-year study of rural households in Odisha and 2,600 hundred stoves concluded these stoves just aren't delivering what the Alliance promised they would. The health benefits vanished over time. They had no real effect on infant mortality. Usage declined as the stoves broke down. And poor people spent too much precious time and money maintaining the stoves (time and money they could have spent in earning a living)(Read the Washington Post's detailed report on the study here or the download the full study here.)

Muthiah has indignantly retorted that the "timing for clean cookstoves is right, and the time is now." Muthiah throws out as many numbers as she can find in her organisation's defense - 350 experts, three-pronged approach, 100 million households, universal adoption by 2030.

But the problem, as with so much of technology as saviour ideas, is in the numbers. What worked reasonably well in another trial in Guatemala fell apart in Odisha. Why? The Guatemala trial was for 18 months with 500 women and children. The Odisha one was four years and involved 4,000 women and 3,000 children. "The brick and metal stoves tested in its study were the Cadillacs of clean stoves," writes the Washington Post. The Guatemala stoves cost $100-150 making them unaffordable in most poor parts of the world. The Odisha stoves cost $12.50 - still a lot of money in a poor village but more subsidisable. The other trial had field workers who came by every week to check on them and fix them. The Odisha trial left the maintenance up to the user as would happen in the real world.

The lesson is not that indoor air pollution is not a problem. As Edward Glaeser, a professor of economics at Harvard, points out in the Boston Globe, "it does mean we need to think about behaviour as well as technology. Dumping stoves into the developing world isn't going to alter the long-standing advantages of traditional methods. ... The old technology was dirty, but it was easy to operate and didn't break, and so people stuck to that."

Technology can be our friend. But the bitter truth of these 2,600 cookstoves is that it won't necessarily be our saviour, at least not without the help of a lot of old-fashioned sweat and hard work. But we always want technology to bail us out writes Steve Klingaman in Salon with a one-size-fits-all solution.

One of the biggest fallacies of our age, the notion that technology will fix it, may yet be the death of us. It leads to crappy tiles on the space shuttle. It gives us the idea to attempt to engineer no less than the climate of the earth with sun shades and deep carbon dioxide deposits.

Glaser brings up the Inter-American Development Bank report that shows dumping laptops on children in poor countries (a hugely popular initiative) has not had startling educational benefits. It's not just about providing resources. Esther Duflo and Abhijit Banerjee made that point repeatedly in their bookPoor Economics wondering how useful it is that 95 percent of Indian children have a school within half a mile or so if they learn little or nothing once they're there.

Somewhat bizarrely, the issue of learning is not very prominently positioned in international declarations: The Millennium Development Goals do not specify that children should learn anything in school, just that they should complete a basic cycle of education.

The assumption is the learning follows enrolment.

Whether its cookstoves or laptops, we think our job is done as soon as the resources have been dumped on the needy. One laptop per child, one cookstove per household is an easy and impressive soundbyte for a government or an NGO to trot out. Then it's somehow a failure of the child who cannot make enough use of the laptop or the housewife who cannot keep her chimney clean. What "evangelists for technological solutions, in their proselytizing zeal, often forget," writes Vivek Dehejia in India Ink, the New York Times blogis that these solutions " need to be implemented by human beings, not robots. To be effective, technology must be linked to economic or other behavioral incentives."

Technology is just the beginning of the story, not its end. Or in Julia Roberts-speak, it's a long way from Cook, Pray, Love to Eat, Pray, Love.

Donald Trump will never be US president: George Clooney

Did NREGA create more work or leisure? What will Food Bill do?