To include these Bitmojis in Tinder, users have to register with Snapchat.

Dating app Tinder is testing the Bitmoji feature in its chat section to make conversations fun. According to its blog post, the feature is being tested in Mexico and Canada.

Bitmoji, a creation of Snap Kit, had debuted with Tinder long back, but it is now that the integration is visible. Bitmojis are animated avatars of people. It was quite popular on Snapchat. 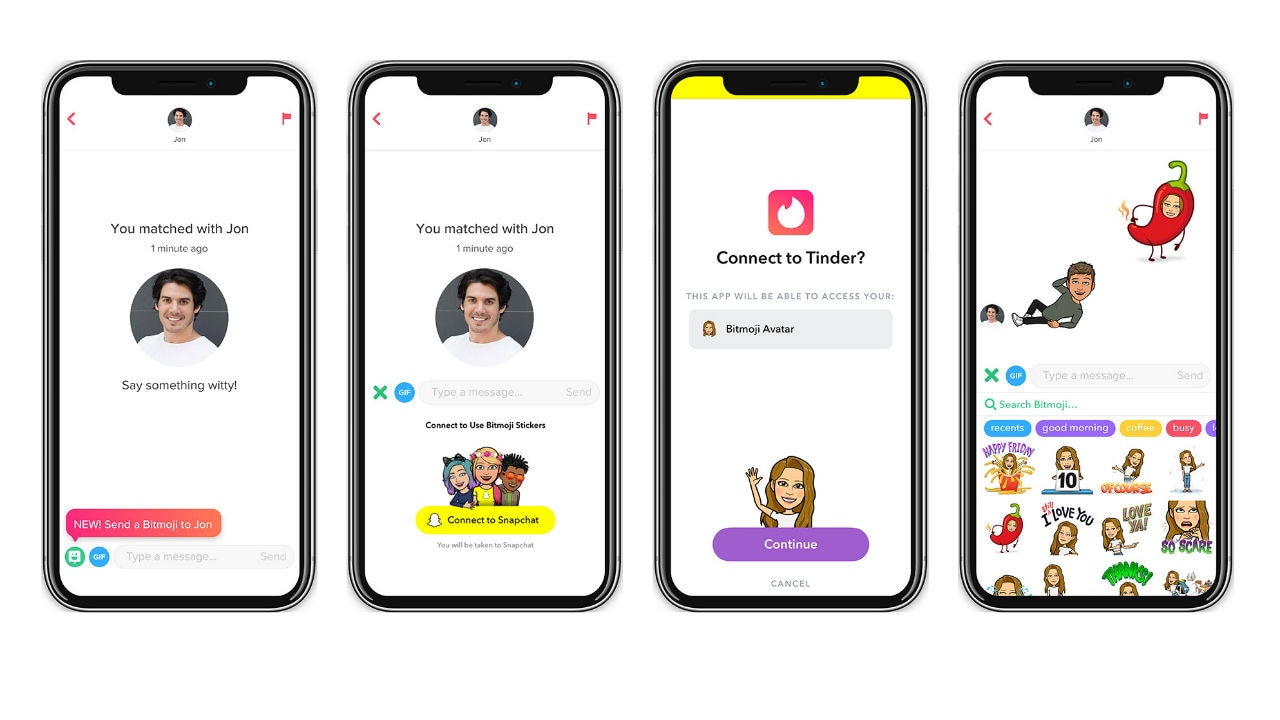 Bitmoji will integrate its services with Tinder. Tinder.

If the integration between Tinder and Bitmoji does arrive in India, then users will have to register with Snapchat. These witty Bitmojis can indeed make conversation light and fun. Users can use these Bitmojis in their conversation such as "holla for drinks", "no worries."

This comes after Tinder was called for security flaws in both of its iOS and Android updates. Two flaws were spotted. In the first, Tinder servers were using an insecure and older version of HTTP connection. Therefore, if a hacker was using the same connection, he or she could get access to your profile. This included replacing profile pictures or changing settings or user information.

In the second security flaw, even though functions such as 'likes'or 'superlikes' were encrypted, hackers could get information about a users activity considering the difference in data size. Therefore, the data size was made the same.

Tinder's parent group Match Group recently took 51 percent stake on Hinge App where people could date only those who have mutual Facebook friends.

Female engineers and male pilots get the most right swipes in India: Tinder