TIL, the word ‘dog’ written 19 times is cryptic code for a doomsday message

Does Google Translate’s Artificial Intelligence tech have a message for us from the future?

Now, you can see this whole thing from two perspectives. The first is that somebody just had too much time at hand and that what comes after it is a pure case of coincidence. Or the other hand, Google's AI could be leaving us hidden messages and laughing at us maniacally as it plans our destruction.

What are we talking about, you ask? 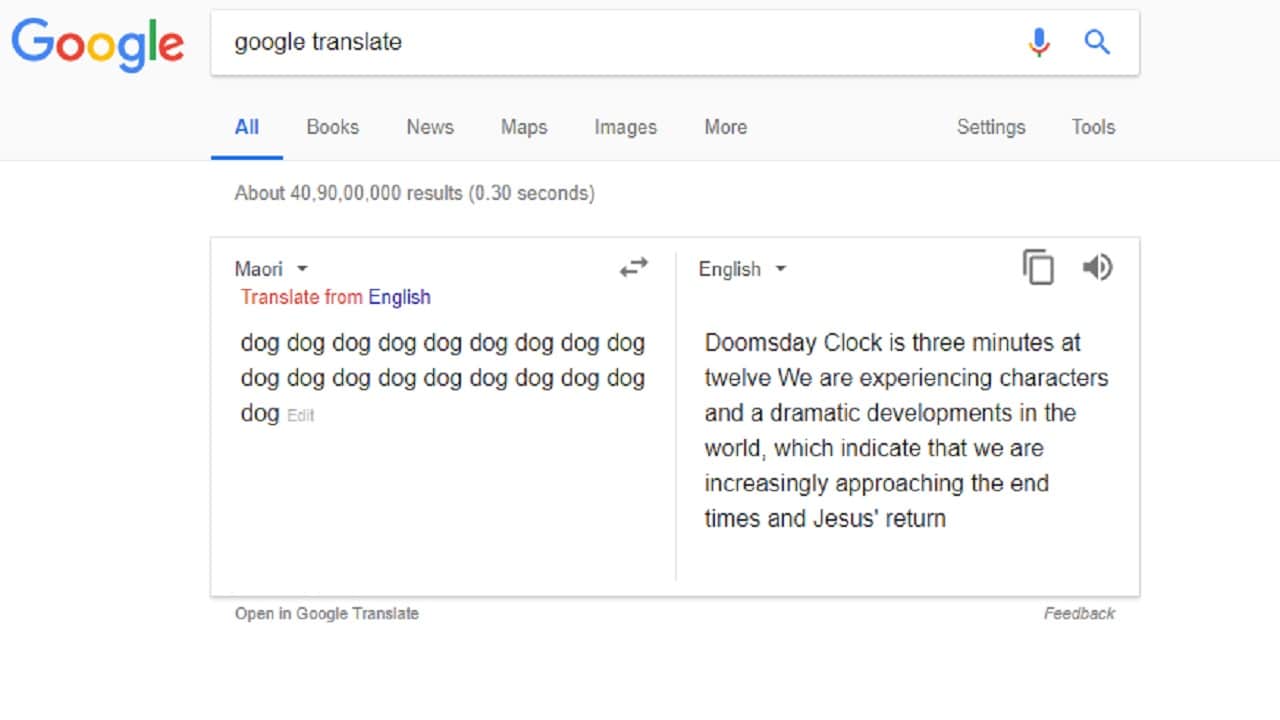 Some Reddit users have been at this for a while, putting Google Translate to the test with various word combos. What started as a small thread of discussion on Google Translate has now turned into a mega-thread.

For that matter, there is another user who found that if you type the word “ag” 21 times in Google Translate, change the language to Somali, and translate this to English, it gives you a random extract from the Bible. And if you play around with the number of times ‘ag’ is used, then the sentences changes, with all of them making total sense if you are able to put them in perspective. Sounds quite profound, actually.

Results like these are being called everything from “sinister religious prophecies” to the spoutings of “deranged oracles” to “a glitch predicting the Second Coming of Christ.”