In India alone, 88.6 million new users installed TikTok in the first quarter of 2019.

Continuing the challenge for the likes of YouTube, Instagram, WhatsApp, and Facebook, the (in)famous TikTok app has emerged as the most downloaded app on iOS for the fifth consecutive quarter. TikTok was briefly banned in India following an interim order from the Madras High Court.

On the other hand, on Google Play Store, TikTok is still in the third position in this first quarter. Most downloaded apps on Android are currently WhatsApp and Facebook Messenger. Despite the position, TikTok still had a huge quarter — particularly in India, where 88.6 million new users installed the app in Q1, up 8.2 times over Q1 2018. Globally, it saw some 150 million downloads in the quarter. 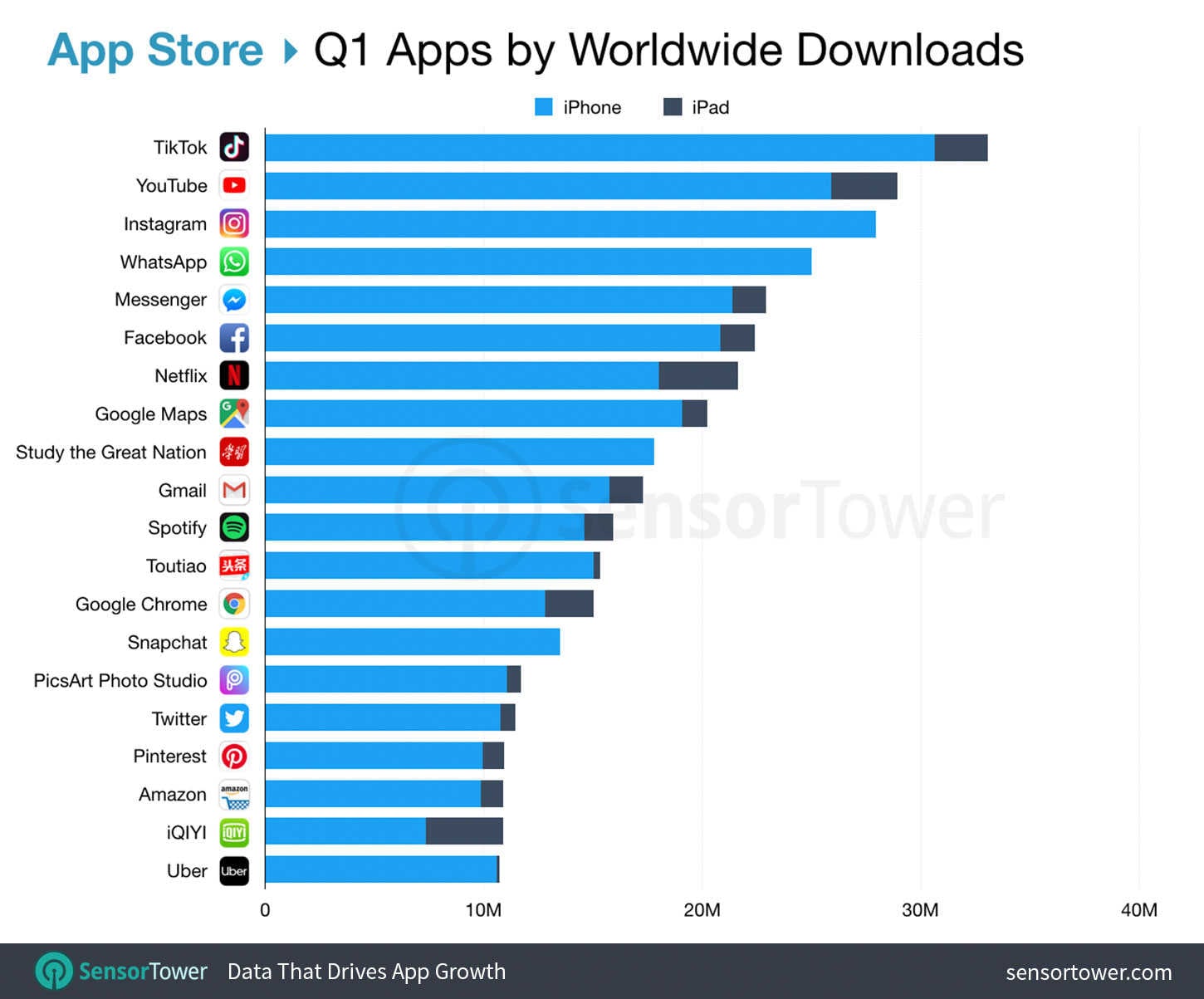 Interestingly though, Sensor Tower points out that the app may not see similar download numbers in the next quarter. This estimate is attributed to TikTok’s ban in India in April over illegal content. While that ban was lifted later that month, it lost a minimum of 15 million downloads in that duration.

WhatsApp led the charts on Google Play with nearly 199 million installs, followed by Messenger, which had close to over 180 million downloads in the same quarter. 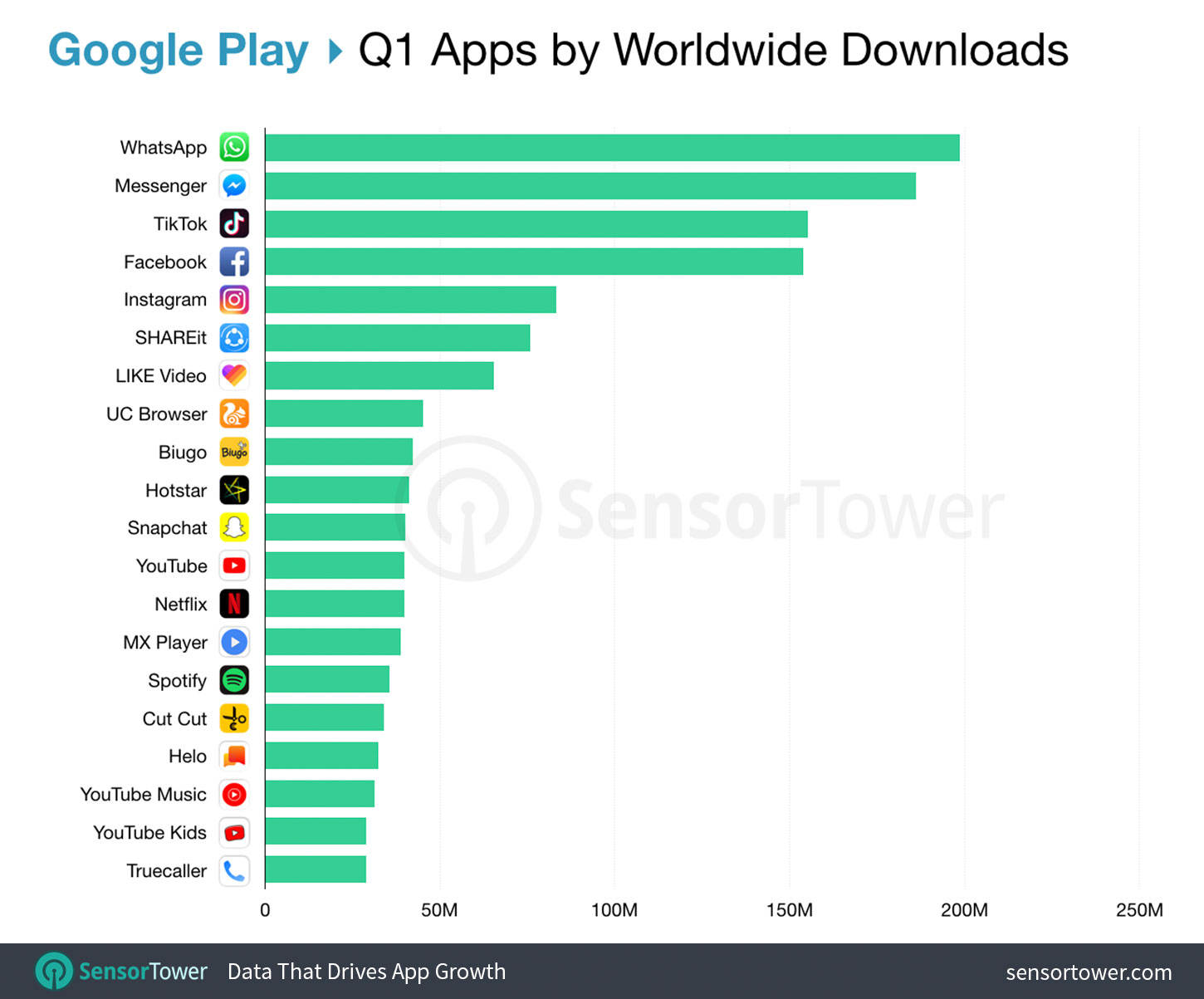 Twitter too had a great quarter on App Store, with 11.7 million downloads, making it its biggest quarter in terms of downloads since Q1 2015. Reportedly, these download numbers are a year-over-year increase of 3.6 percent for Twitter.

A new entrant climbing the charts on Android is YouTube Kids, which saw a 291 percent quarter-over-quarter increase and 29 million downloads on Google Play.