By David Shepardson WASHINGTON (Reuters) - Tesla Inc's Autopilot system was engaged during a fatal March 1 crash of a 2018 Model 3 in Delray Beach, Florida, in at least the third fatal U.S. 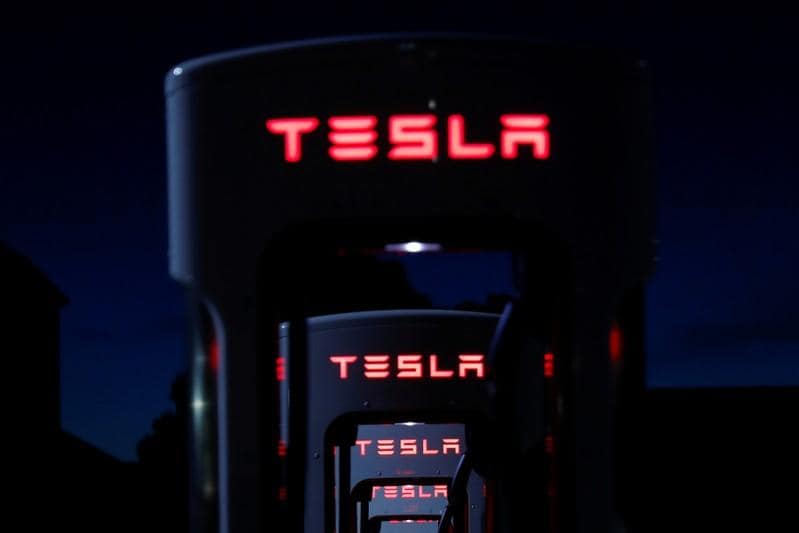 WASHINGTON (Reuters) - Tesla Inc's Autopilot system was engaged during a fatal March 1 crash of a 2018 Model 3 in Delray Beach, Florida, in at least the third fatal U.S. crash reported involving the driver-assistance system, the National Transportation Safety Board said on Thursday.

The crash renews questions about the driver-assistance system's ability to detect hazards and has sparked concerns about the safety of systems that can perform driving tasks for extended stretches of time with little or no human intervention, but which cannot completely replace human drivers.

The NTSB's preliminary report said the driver engaged Autopilot about 10 seconds before crashing into a semitrailer, and the system did not detect the driver's hands on the wheel for fewer than eight seconds before the crash. The crash sheared off the roof as the Tesla travelled under the semitrailer.

The vehicle was travelling at about 68 miles (109 km) per hour (mph) on a highway with a 55-mph (89-kph) speed limit, and neither the system nor the driver made any evasive manoeuvres, the agency said.

Tesla said in a statement that after the driver engaged the system he "immediately removed his hands from the wheel. Autopilot had not been used at any other time during that drive."

The company added that "Tesla drivers have logged more than one billion miles with Autopilot engaged, and our data shows that, when used properly by an attentive driver who is prepared to take control at all times, drivers supported by Autopilot are safer than those operating without assistance."

While some Tesla drivers say they are able to avoid holding the steering wheel for extended periods while using Autopilot, Tesla advises drivers to keep their hands on the wheel and pay attention while using the system.

David Friedman, a former acting NHTSA administrator, said the incident raises serious questions about the system and the lack of restrictions on its use.

"Either Autopilot can’t see the broad side of an 18-wheeler, or it can’t react safely to it," said Friedman, a vice president for advocacy at Consumer Reports. "This system can’t dependably navigate common road situations on its own and fails to keep the driver engaged exactly when needed most."

He said Tesla "must restrict Autopilot to conditions where it can be used safely and install a far more effective system to verify driver engagement."

The National Highway Traffic Safety Administration is also investigating the Delray Beach and said Thursday it is "carefully evaluating all available data and will share any findings upon conclusion of its investigation."

In May 2016, a Tesla Model S driver was killed near Williston, Florida, while Autopilot was engaged, when he slammed into a tractor trailer that also sheared off the vehicle roof.

In a fatal crash in Mountain View, California, in March 2018 involving a Model X in Autopilot mode, Tesla said vehicle logs showed the driver had received warnings to put his hands on the wheel but no action was taken by the driver ahead of the crash. That incident is being investigated by both the NTSB and NHTSA.

The NTSB said in 2017 that Tesla lacked proper safeguards allowing the driver "to use the system outside of the environment for which it was designed and the system gave far too much leeway to the driver to divert his attention."

NHTSA, which has the power to order safety recalls, is investigating a fatal incident in Davie, Florida, on Feb. 24 involving a 2016 Tesla Model S that caught fire and burned the 48-year-old driver beyond recognition. It was not clear if Autopilot was engaged in this incident.

NHTSA can demand a recall if it believes a defect poses an unreasonable safety risk, while the NTSB makes safety recommendations.

The NTSB said it had reviewed forward-facing video from the Tesla in the Delray Beach crash.

The NTSB is also investigating an August 2017 Tesla battery fire in California, in which an owner ran the vehicle into his garage.