Bitcoin, the much talked about digital currency, will soon address an Indian audience with the Global Bitcoin Conference where users and promoters from all across the world are scheduled to speak in Bangalore on 14 and 15 December.

Bitcoin, the much talked about digital currency, will soon address an Indian audience with the Global Bitcoin Conference where users and promoters from all across the world are scheduled to speak in Bangalore on 14 and 15 December.

However, even as this rapidly appreciating currency makes its attempts to enter the Indian market there is much that isn't clear about its origins and purpose in the minds of the Indian consumer.

Bitcoin is based on a 2008 concept paper released on the internet by the mysterious Satoshi Nakamoto. An unknown figure surrounded by anonymity and intrigue, his/her theoretical model addressed the need for a more efficient digital payment mechanism that isn't dependent on a third party for authentication or risk management. 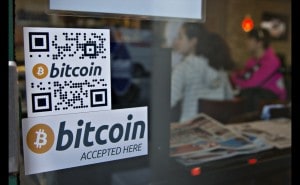 An illustration of this case is when making credit card payments online, a third party - a bank, needs to validate the security of the exchange, and manage any conflicts or irregularities that arise. Mr/Ms Nakamoto's contention is to simply cut out the third-party and entrust the security of your transaction to a global cloud of networked computers that use advanced computational cryptography to guarantee security. The model also promotes Bitcoins to be faster, irreversible and comparatively cheaper in transaction costs.

How is it made?

Bitcoin isn't like other currencies. There is no regulatory authority, no bank, no government and no individual responsible for managing or organizing the manufacturing and circulation of the currency.

Bitcoins are gained by solving complex algorithms across an open-source software network in an activity known as mining. The algorithms to be solved are based on a cryptographic concept called "proof of work" that demands computers to spend large amounts of time and energy in calculating the solution. The network holds numerous "blocks" that need to be solved to gain the "bounty" which is the Bitcoin.

Bitcoins exist in units from milli-Bitcoins (0.00000001BTC) to 1 BTC. Since they have no physical form they are stored in digital wallets that can also be printed, the printed form consists of two components - a 51 alphanumeric digit private key that begins with a 5 and a QR code. But in most cases they are stored on a users computer or on certain websites that hold it on a user's behalf.

Since Bitcoins exist only as a digital unit in the system the network has to monitor that there is no double-spending of the same Bitcoin. It accomplishes this by effectively tracking and recording all transactions in an anonymous registry so no user details are stored and only the Bitcoin units transacted are recorded.

One of the key goals of Bitcoin is to ease the cost of transactions between parties online while maintaining trust between the two parties. If a customer wants to purchase an item from an online retailer, they would send the price of the item in Bitcoins through an online wallet to the retailer's Bitcoin address (a 27-34 alphanumeric string of characters beginning with 1 or 3) in exchange for the item. They can also send Bitcoins via mobile payment applications or in text form on emails.

So far the number of retailers accepting Bitcoins has remained extremely limited giving rise to an off-the-network market place where Bitcoins are a valid currency. The notorious TOR (The Onion Relay) network has become the dominant spending ground for Bitcoins as it provides people with the opportunity to anonymously and securely sell and purchase illegal goods. Recently the shut down of one such website on the TOR network - Silk Route - demonstrated the wide spread popularity of Bitcoins as an anonymous tool to pay for goods and services.

What is a Bitcoin worth?

The biggest concern with any currency is its value and worth. Within the trading networks of the Bitcoin community that operates on Mt.Gox (the online trading exchange), the majority of Bitcoins are traded and monitored on a minute-by-minute basis much like a stock market or currency exchange.

As with all currencies in the world, Bitcoin too is valued against the American Dollar, along with a handful of other international currencies. These rates have shown an extreme volatility over the last year, surging from USD $70 in July 2013 to USD $1000 by end of November. However concerns over its lasting value and real intrinsic worth are of special concern specially in light of the fact that its value isn't upheld by any government or agency, and only exists as long as a person's operating the network, mining and spending are involved.

The wide spread acceptance of any international open source currency is a monumental shift in global finance. The implications extend far beyond national monetary and fiscal policies and venture in to the political, moral, ethical, social and philosophical realms. In light of the already precarious Indian economy, these issues need careful and scrupulous scrutiny.

We'll keep decoding the meaning and implications of crypto-currencies and attempt to ascertain what governments and citizens can expect from the future.