The Sony Xperia XZ1, along with its smaller sibling the Xperia XZ1 Compact and the phablet-sized XA1 Plus were announced together at IFA 2017 Berlin.

Sony has announced the Xperia XZ1 for the Indian market at an event in New Delhi today. The phone will be priced at Rs 44,990 and will be available in stores and online from 25 September onwards. The Xperia XZ1 is Sony's flagship phone for 2017. 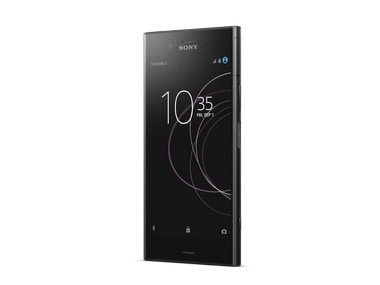 The Sony Xperia XZ1, along with its smaller sibling the Xperia XZ1 Compact and the phablet-sized XA1 Plus were announced together at the recently held IFA 2017 in Berlin.

There's a 5.2-inch Triluminous Full HD display with a layer of Corning Gorilla Glass 5 on top. Better yet, the display supports HDR. The Xperia XZ1 houses a Qualcomm Snapdragon 835 chipset which has an octa-core processor with one quad core Kryo cluster clocked at 2.35 GHz and the other quad core Kryo cluster clocked at 1.9 GHz. This is paired with 4 GB RAM and 64 GB internal storage. The storage is expandable using a microSD card slot.

As for the cameras, Sony has stuck with a single lens system as opposed to the dual camera setup used by most manufacturers today. The primary camera consists of a 19 MP Motion eye camera featuring a 1/2.3-inch Exmor RS mobile memory stacked sensor. This camera can be used to scan objects in 3D. In fact, with the bundled 3D Creation Tool, images can also be rendered in 3D. These scans can also be 3D printed.

Features on the 3D creator tool on the @SonyXperiaIndia #XperiaXZ1 It can also be used to overlay 3D scans on characters on supported games pic.twitter.com/LdtG86oBjQ

Moving to the front-facing camera, the Sony Xperia XZ1 gets a bigger 13 MP sensor. The device comes with the usual stack of connectivity options found on flagships smartphones.

Hardware aside, Sony seems to be the first smartphone manufacturer to offer Android 8.0 Oreo out of the box. This is a big deal as most of the flagship smartphones released this year in India are still stuck on Android Nougat with many promising upgrades to Android Oreo.

Over the years, Sony has refused to launch the Compact or 'mini' version of its flagship devices. So we aren't expecting them to launch the Xperia XZ1 Compact model this year either.

At launch, the box will include a a Quick Charger (UHC-12). A "Style Stand Cover", which can be used as a stand for the device in portrait mode, will be available for Rs 3,490. Bundled with the phone, you can get it for Rs 1,000. Purchases made with HDFC credit/debit cards and ICICI credit cards are eligible for a 5 percent cashback.