What’s new with the new Chromecast is its ability to accept voice commands for Google Assistant via the remote.

While Google’s Chromecast may not be as practical as Amazon’s Fire TV stick, it is still a great option for those who want to Cast content on to their TVs from nearby devices. 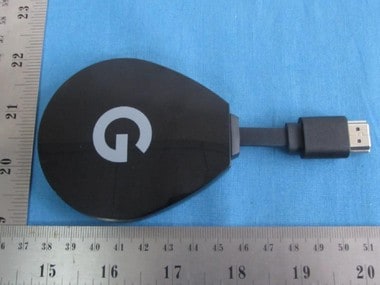 After what appeared to be a year long break (the last Chromecast Ultra was announced in 2016) Google seems to have a surprise in store at this year’s Google I/O, scheduled to take place in May.

As reported by Gizmodo, the device is manufactured by Shenzen SEI Robotics Co Ltd as has been tagged as a ‘4K ATV Stick’ in a recent FCC filing.

If the device happens to run Android TV (possibly where the ATV abbreviation comes from) we could expect support to run apps like Netflix and HBO Go, which should make the new device a more practical product when compared to the Fire TV stick. This 4K ATV stick is expected to be the next Google Chromecast. FCC

What is cooler about this new mystery device is the remote control.

According to the FCC filing, the new Chromecast will also support Google Assistant’s voice controls thanks to the mic in the remote. There’s a Google Assistant logo on the remote along with instructions on how to use the same via voice commands, as per the documents.

If this is the upcoming Google Chromecast, Amazon’s Fire could finally see some competition in making dumb TVs smarter, especially in the Indian market. This is of course provided the new device makes it to India. The last Chromecast device to launch in India was the Chromecast 2, which was announced back in September 2015. Google and Amazon have yet to launch 4K capable streaming sticks in the country.