Also announced were the new LG G8 ThinQ and the LG G8s ThinQ smartphones with the new Z Camera.

At the LG event held at the ongoing Mobile World Congress, LG announced three new smartphones along with a fancy Dual Screen accessory. LG at its event unveiled the V50 ThinQ 5G along with the G8 ThinQ and the G8s ThinQ. Pricing and availability details have yet to be announced.

As the name so aptly describes LG’s focus (like every other smartphone manufacturer at MWC) with the V50 was on 5G. So much so, that name of the phone has the ‘5G’branding in it!

Powering the yet to arrive 5G experience on the V50 ThinQ 5G, is Qualcomm’s Snapdragon 855 that comes with an embedded X50 modem. The V50 ThinQ looks similar to previous LG G7 Plus ThinQ, which was launched in India last year. It features a 6.4-inch QHD+ OLED FullVision display and features the usual notch. Hiding inside the notch are not one but two selfie cameras with an 8 MP sensor paired with a standard lens and 5 MP sensor paired with a wide-angle lens, like on its successor the V40 ThinQ.

Indeed, LG could not figure out an in-display fingerprint reader, so it went with the usual (reliable) scanner on the back and a simpler (read not so secure) face unlock feature available using the front selfie camera.

And finally, we get to the cool bit. It’s the Dual Screen accessory.

It’s basically a case, which adds a 6.2-inch FHD+ OLED display to the V50 ThinQ 5G connecting via the special pogo pins placed on the back of the smartphone. 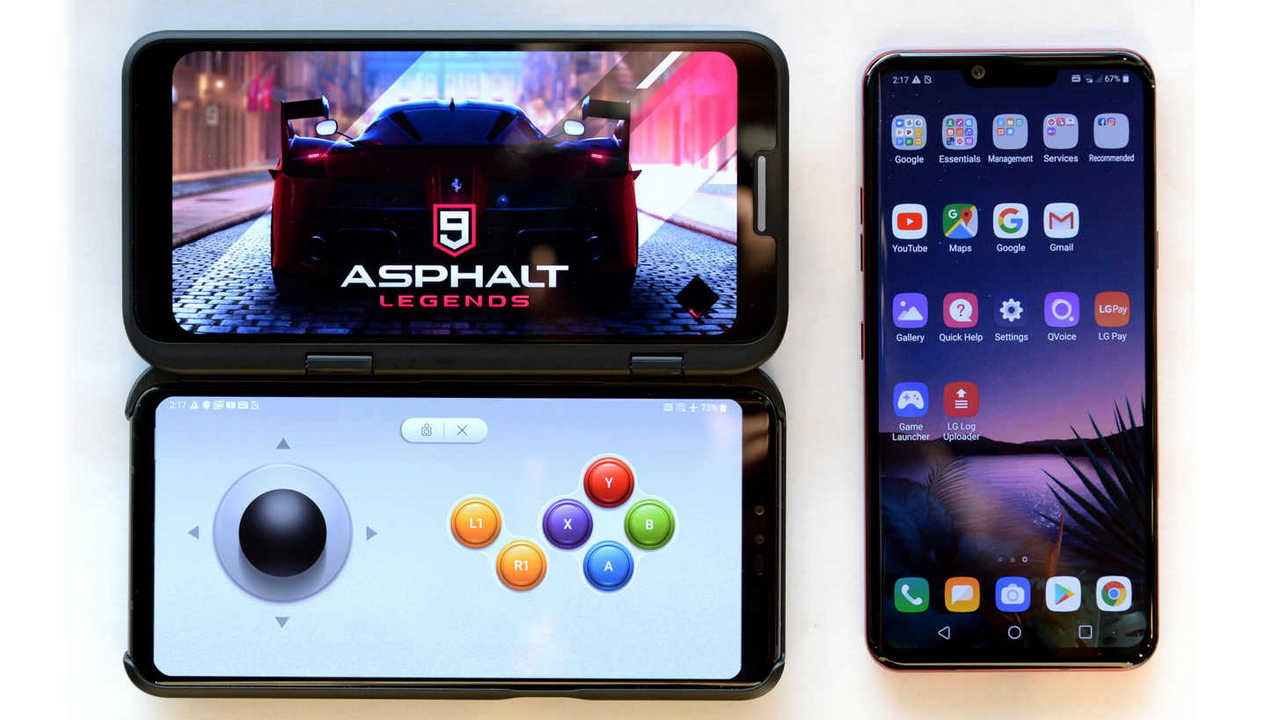 The Dual Screen accessory basically turns your standard V50 flagship into a folding smartphone (not a tablet like ‘foldable’) that according to LG will help you multi-task better.

Apart from watching a movie on one screen and browsing the web on the second screen, LG will also let you use the second display as a virtual controller while gaming, which will appeal to mobile gaming enthusiasts. Also announced by LG is the successor to the G7 ThinQ, the G8 ThinQ that packs in a 6.1-inch QHD+ display. The handset is powered by a Snapdragon 855 SoC with 6 GB RAM and is powered by a 3,500 mAh battery. The G8 also gets a triple camera setup like the V50 with a 12 MP wide, 12 MP telephoto lens and a 16 MP ultra-wide camera. 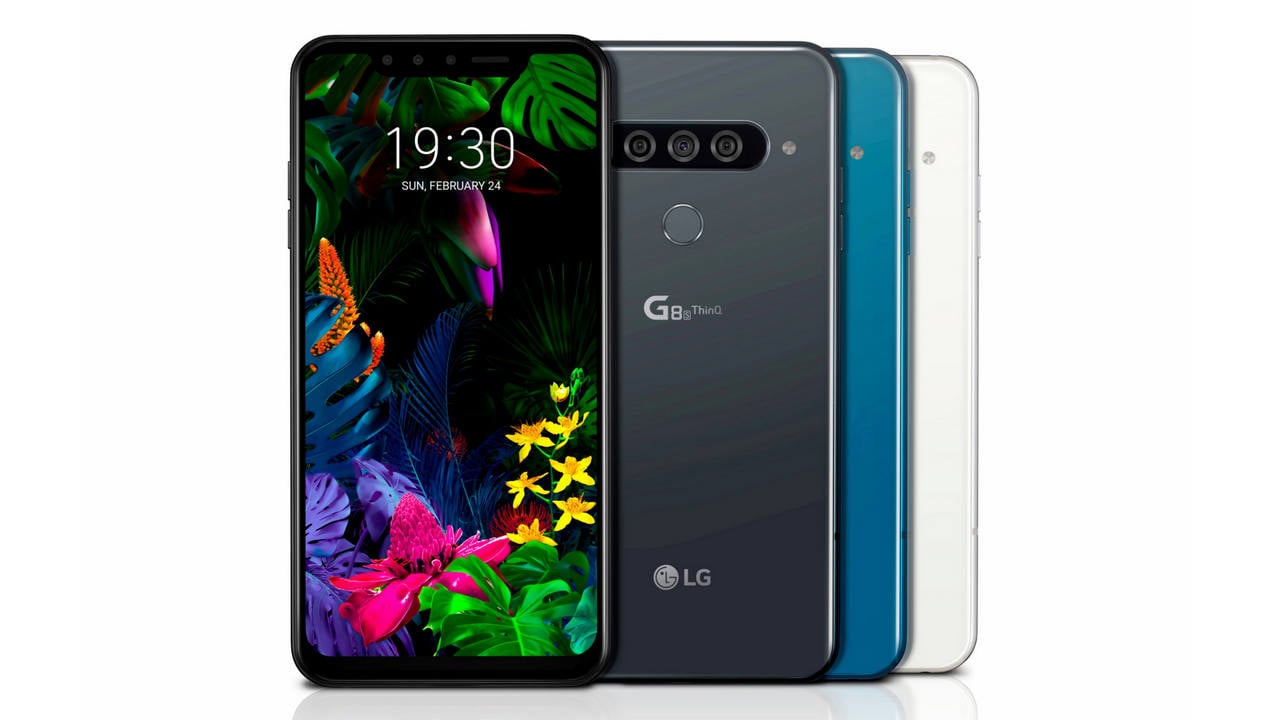 The LG G8s ThinQ adds a larger 6.2-inch OLED FHD+ display with a Qualcomm Snapdragon 855 inside again with 6 GB RAM. Apart from the slightly bigger display size, the G8s gets a slightly smaller 13 MP ultra-wide camera, while the rest remains the same.

Something unique about the new G8 flagships is the placement of a ToF (time of flight) sensor which now adds a new “Hand ID” feature. Hand ID will read the thickness of your palm and scans your veins to unlock the phone. The same 3D camera can also be used for more secure Face unlock.