The inventor of the world wide web claims that it can be 'weaponised' unless dominant firms are regulated: Report

The inventor of the world wide web blames the concentration of power as the reason for the lack of innovation stating how dominant platforms don't give room and create "barriers for competitors", instantly acquiring startups who challenge them.

On the 29th birthday of the world wide web, its founder Tim Berners-Lee has penned down an interesting perspective about how the web is now solely controlled by a handful of companies and how a regulator may soon be needed to monitor it to prevent it from being weaponised at scale. 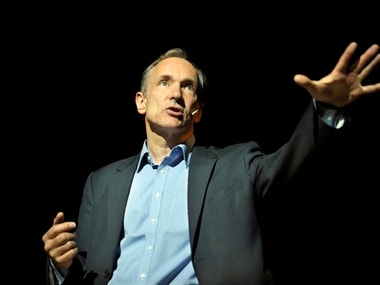 The computer scientist wrote an open letter in The Guardian stating that there are now two common concerns about the world wide web.

For the first time ever, half the world's population is online. Berners-Lee's first concern is getting the other half online.

The second question concerns the fears about the current state of the web and whether those who are offline, would even want to go online in the near future, given its set of problems and drawbacks.

"Unsurprisingly, you’re more likely to be offline if you are female, poor, live in a rural area or a low-income country, or some combination of the above," writes the 62-year old inventor of the internet, hinting that we need to close the digital divide that seems to be deepening, dividing people who have internet access from those who do not. While the UN has declared internet access as a human right, mobile internet still isn't affordable in many developing countries which deprives many off the opportunities to learn and access valuable services.

Berners-Lee also expressed how the web "was once a rich selection of blogs and websites" but has now "been compressed under the powerful weight of a few dominant platforms."

He blames the concentration of power as the reason for the lack of innovation, explaining how dominant platforms don't give room and create "barriers for competitors", instantly acquiring startups who challenge them.

It's the same advantage that lets these dominant platforms hog up more user data, giving them the competitive advantage to stay on top, which, according to Berners-Lee, is why we can expect the world wide web to become far less innovative in the next 20 years.

This comprehensive and enlightening perspective about the current state of the word wide web and its future is available at The Guardian.