The Google Pixel 2 will be built by HTC and feature the company's 'Edge Sense' squeezing gesture: Report

HTC has requested FCC certification for a device labelled NM8G011A. The G in the ID represents Google, confirming that HTC is indeed making the Pixel 2.

Last year’s Google Pixel and Pixel XL devices marked a significant change for Google. The company was moving on from its developer-focussed Nexus program and was looking at building a consumer-focussed Pixel brand. 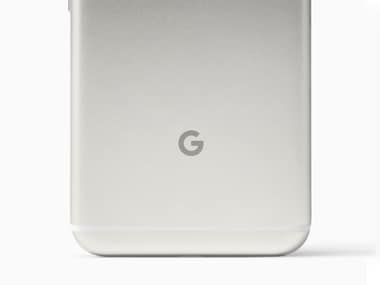 The company’s first stab at this resulted in what we would describe as a beta product. The Pixel was spectacular, it’s performance exceptional and its camera, stunning. However, several issues popped up later and sales have been lack-lustre. Most notably, issues with the microphone and speaker, and the high asking price, didn’t help sales any. Its design was also a little dull.

It later came to light that the device was made by HTC, wherein a pre-existing HTC chassis was mated to a Snapdragon 821 and Google software. It wasn’t a bad product, but there was this nagging feeling that things could have been better.

The Pixel 2 is expected to fix that nagging feeling and deliver the stunning, uncompromised Android experience that we all want.

While the rumour mill does its thing, and keeps throwing up the odd leaked image or spec, the first concrete evidence of what to expect from the upcoming phone comes in the form of an FCC filing submitted by HTC. The FCC, Federal Communications Commission, is an agency of the US that regulates interstate communication in the US.

As per the filing, HTC has requested certification for a device labelled NM8G011A. Android Police notes that the G in the ID represents Google and confirms that HTC is indeed making at least one of the upcoming Pixel devices.

As The Verge points out, Google is preparing to release two Pixel devices this year. The smaller Pixel 2 will be made by HTC and the larger Pixel 2 XL is likely to be made by LG.

The filing includes several, highly technical documents that only an engineer could enjoy, but perusing through said documents reveal at least some details about the upcoming smartphone. Android Police helpfully points out the relevant bits, which are as follows. The FCC filing reveals more details about the Pixel 2

In a document explaining the steps to access regulatory information, we find screenshots from the device’ ‘About Phone’ page. These images indicate that the device is running Android 8.0.1 with the 5 August security patch. The images also reveal an MSM8998 baseband, which indicates that the device is powered by the Snapdragon 835 (or 836) platform. The device used for the screenshot likely had 64 GB of storage.

More importantly, a screenshot of the ‘System’ page reveals that the device will support ‘Active Edge on, squeeze for your Assistant’. In other words, the HTC U11’s Edge Sense feature is coming to the Pixel.

These revelations aren’t startling and we were expecting a Snapdragon 835-powered phone with Android O anyway.

The Active Edge feature was indeed a surprise, but as we noted in our HTC U11 review, we didn’t find it to be particularly useful. Of course, the feature has since been updated to be more functional.

And anyway, this is Google we’re talking about and you can count on them to geek out over it. Judging by the filing, you “squeeze for your Assistant”. Whether that’s a useful way of accessing your assistant is for you to decide. Voice commands notwithstanding, the only other ways to access the Assistant are a little more time-consuming.

That said, what’s wrong with a simple, dedicated button as Samsung offers on the Galaxy S8?

Unfortunately, the filing reveals no images of the device. HTC has specifically requested that the images and schematics of the device and descriptions pertaining to its operation be treated as confidential.

The Google Pixel 2 and Pixel 2 XL are expected to debut in October this year.