The first trailer of Queen biopic 'Bohemian Rhapsody' is out, and it's every bit as exciting as we hoped it would be

The movie was first announced back in 2010, however, due to some internal dispute, it took eight long years for even the trailer to come out.

The first trailer for the long-awaited Queen biopic, aptly titled Bohemian Rhapsody, is out today. I am celebrating this with a complete run through of all Queen songs. How are you doing it? 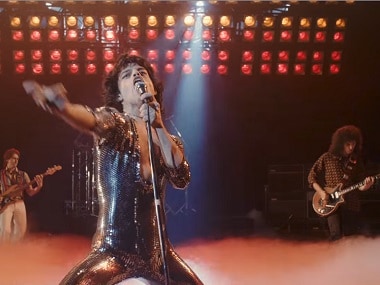 Giving us goosebumps in just this one and a half minute trailer, we are now counting days to the movie release. For the uninitiated, the biopic Bohemian Rhapsody is about the music legend Freddie Mercury and his band Queen.

The movie chronicles the rise of Queen from the year 1970, when Mercury first teamed with Brian May and Roger Taylor, up until the band's Live Aid performance in 1985; notably cutting the film short, six years before Mercury died of complications from AIDs. Queen's 1985 performance was also voted as the greatest live performance in rock history in a 2005 music industry poll.

The role of Mercury in the biopic is played by Rami Malek, who dons some of Mercury’s most famous and flamboyant costumes. He is seen strutting across several stages to a mash-up of Queen’s biggest hits, including Another One Bites the Dust, Killer Queen and Bohemian Rhapsody.

Hear hear, fans! This also means that Bohemian Rhapsody will be an emotional tour through the band’s incredible catalog of hits. I am not crying, you are!

And the most amazing of all scenes shown in the trailer is the brief one from the making of Bohemian Rhapsody, the song. “This is when the operatic section comes in,” a wide-eyed Freddie Mercury tells skeptical guitarist Brian May during a Bohemian Rhapsody (the song) recording session.

This biopic was first announced back in 2010, but it took eight long years for the first trailer to come out. Back in 2018, Sacha Baron Cohen was signed up to play Mercury. However, Cohen left the film three years later, apparently over creative differences with the surviving members of Queen. Allegedly Cohen wanted to explore the more salacious details of Mercury’s life in the biopic, while the band wanted to make a more family-friendly movie.