ISRO's PSLV-C38 mission had 31 satellites on board. The CartoSat-2 series satellites was the main payload, with the remaining satellites piggybacking on the ride or being accommodated in the rocket because there was additional capacity available. Piggybacking on the satellites itself were six small prototypes of interstellar spacecraft, the first by man to be launched into orbit. These spacecraft are among the smallest ever built and are known as sprites. 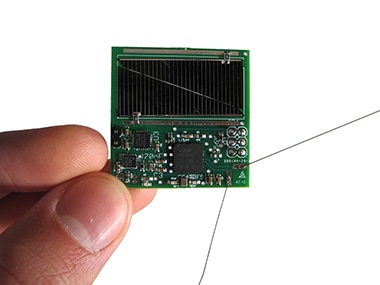 According to a report in New Scientist, one of the two satellites deployed by the Venta-1 has managed to establish contact with ground stations. This is the smallest spacecraft ever to establish a link. The Max Valier satellite has not communicated to its controllers, possibly because of issues with the antenna. When the link is established, the remaining four satellites will be deployed.

The launch of the prototypes is a big step for Breakthrough Starshot, an ambitious initiative to send a fleet of interstellar spacecraft to Alpha Centauri, driven by lasers. Zac Manchester, a lead designer of the sprites, told Gizmodo, "The distances are immense and it’s a big challenge. We’re a long way out to the eventual goals [of Breakthrough Starshot], but we’re setting the early precedent here."