Internet Corporation for Assigned Names and Numbers, will announce in London on Wednesday which suffixes have been proposed.

New York: If Google has its way, you won't need to type "Google.com" any more to do your searches. You can simply access the search engine at ".Google."

Google's bid for ".Google" as an Internet suffix is among about 2,000 proposals submitted as part of the largest expansion of the Internet address system since its creation in the 1980s. Google Inc also wants to add ".YouTube" and ".lol" - the digital shorthand for "laugh out loud." Others want approval for ".doctor," ''.music" and ".bank."

If approved, the new suffixes would rival ".com" and about 300 others now in use. Companies would be able to create separate websites and separate addresses for each of their products and brands, for instance, even as they keep their existing ".com" name. One day, you might go to "comedy.YouTube" rather than "YouTube.com/comedy."

The organisation behind the expansion, the Internet Corporation for Assigned Names and Numbers, will announce in London on Wednesday which suffixes have been proposed. Google and a handful of other companies disclosed some of their bids ahead of time. Most proposals, however, remain a mystery.

From a technical standpoint, the names let Internet-connected computers know where to send email and locate websites. But they've come to mean much more. Amazon.com Inc, for instance, has built its brand around the domain name. 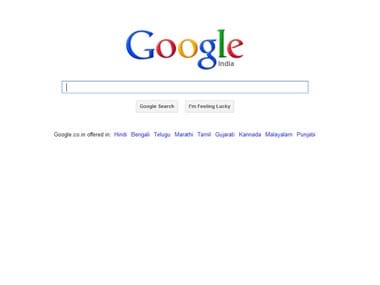 A screengrab of Google Search.

It'll take at least a year or two, however, for ICANN to approve the first of these new suffixes. It could take a few months longer for them to appear in use.

Some of them never will if they are found to violate trademarks or are deemed offensive. Others will be delayed as competing bidders quarrel over easy-to-remember words such as ".web." When multiple applications seek the same suffix, ICANN will encourage parties to work out an agreement. ICANN will hold an auction if the competing bidders fail to reach a compromise.

The expansion, already several years in the works, had been delayed by more than a month this spring because of technical glitches with the application system.

Alex Stamos, whose Artemis Internet company is bidding for ".secure," said the expansion will "create much more specific neighborhoods with specific focus and goals."

Stamos envisions ".secure" as a neighborhood for banks, medical professionals, payroll providers and others needing to establish consumer trust. Websites that adopt ".secure" instead of ".com" in their names would go through additional screening and be required to follow certain security practices such as encryption of all Web traffic.

The suffixes are restricted to the richest companies and groups, which paid $185,000 per proposal. If approved, each suffix would cost at least $25,000 a year to maintain, with a 10-year commitment required. By comparison, a personal address with a common suffix such as ".com" usually costs less than $10 a year.

ICANN has received at least $350 million in application fees. The money will be used to set up the system, review applications and make sure parties do what they have promised once the suffix is operational. Some of the money will be set aside to cover potential lawsuits from unsuccessful applicants and others.

Stamos said he expects to charge thousands of dollars for a ".secure" name. The idea is to attract just those businesses that need the higher level of security.

Not all bidders will be looking to sell names under their suffixes, though. Google, for instance, may decide to keep ".Google" for its own sites, though it indicated it might open ".YouTube" for brands to create video channels. Google declined comment on specifics beyond a recent blog post.

Skeptics worry that an expansion will mean more addresses available to scams that use similar-sounding names such as "Amazom" rather than "Amazon" to trick people into giving passwords and credit card information. Others worry that new suffixes could create additional platforms for hate groups or addresses ending in obscenities.

There's also a question of how useful the new names will be, at least among English speakers. Alternatives to ".com" introduced over the past decade have had mixed success. These days, Internet users often find websites not by typing in the address but by using a search engine. And with mobile devices getting more popular, people are using apps to bypass Web browsers entirely.

The demand for new suffixes appears greater outside the US That's because many of the ".com" names had been grabbed by Americans who got on the Internet first. In addition, suffixes had been largely limited to the 26 letters of the English alphabet until now. The proposals to be announced Wednesday include some in other languages.

"I don't think any of these will be the next dot-com," said Bhavin Turakhia, founder and CEO of Directi Group, a Dubai company that is seeking ".click," ''.baby," ''.insurance" and 28 others. "Dot-com had too much of a legacy to be outdone in a short period of time. But it has potential to be a very strong alternative and over time capture reasonable market share."

Under the new system, the application process will be streamlined and allow for up to 1,000 new suffixes a year.